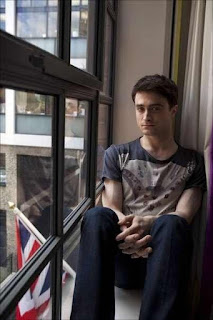 Snitchseeker have posted the images from the photoshoot that accompanies the Radar magazine interview we previously wrote about. Left is just one image from that shoot. As always all can be found in our gallery.


“It’s hard to explain this show,” says Radcliffe. “You start saying it’s about a Russian doctor in 1917 operating on people for the first time and then he eventually gets addicted to morphine. But I promise it’s a comedy. What’s unique about it is this combination of gruesome blood and a heart-breaking journey into addiction.”

His Height not Being a Problem:


“The person I’ve been looking at is Dustin Hoffman,” he admits. “In fact, I passed him the other day and he is absolutely on the shorter side, as am I. But he was in all those great roles, from action thrillers to romantic stuff. So there is a way of doing it unconventionally if you don’t necessarily look like the 6ft romantic lead.”

and Upcoming Kill Your Darlings:


“The script was one of the best I’ve read. There was a sense that if we could just film this, then we’d have to go a long way to f*ck it up. And we’ve improved it by virtue of the way it was filmed – in a guerrilla style.” 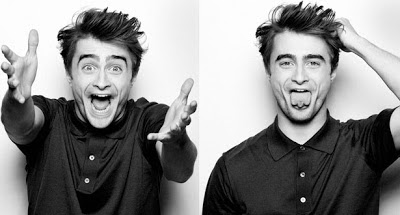 Finally, below is a video of Dan talking to ET Canada and being a bit lick-up! lol