Rupert Grint: 'Postman Pat' hits UK Netflix, Ends his run on 'It's Only a Play', Tastemakers TV, Julie Walters: a life on screen 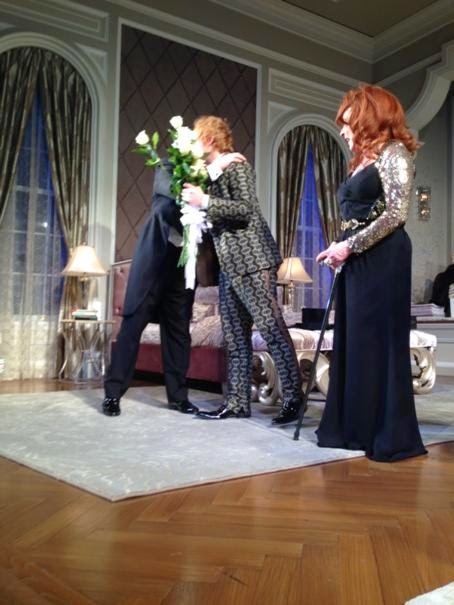 In other Rupert news, his schedule suddenly got much free-er (let's hope he's taking it better than Potter ending for his sake, poor boo) as It's Only a Play changes it's line-up slightly for the remainder of it's run. Left you can see Rupert being given flowers my co-star Matthew Broderick as he bows out.
Let's hope this means Enemy of Man is heading towards a-go?

Rupert.Grint.US are reporting that Rupert filmed an episode of Tastemakers TV while in the US. No word yet on when this will air. See an image of him filming here.

Finally, in case you missed it, below is the documentary Julie Walters: a life on screen  in full which featured small snippits from Rupert.