Daniel Radcliffe: 'What If' First Trailer and Interview, Ask Dan a Question

Broadway.com are offering you the chance to submit questions to Dan here, so get cracking!

What can I say? I'm happy as [insert cliché here] that the What If trailer finally arrived yesterday! And you can check it out at Yahoo! or below:

To top things off, there's also a new website, sure to be chocka-block with new promo images etc. 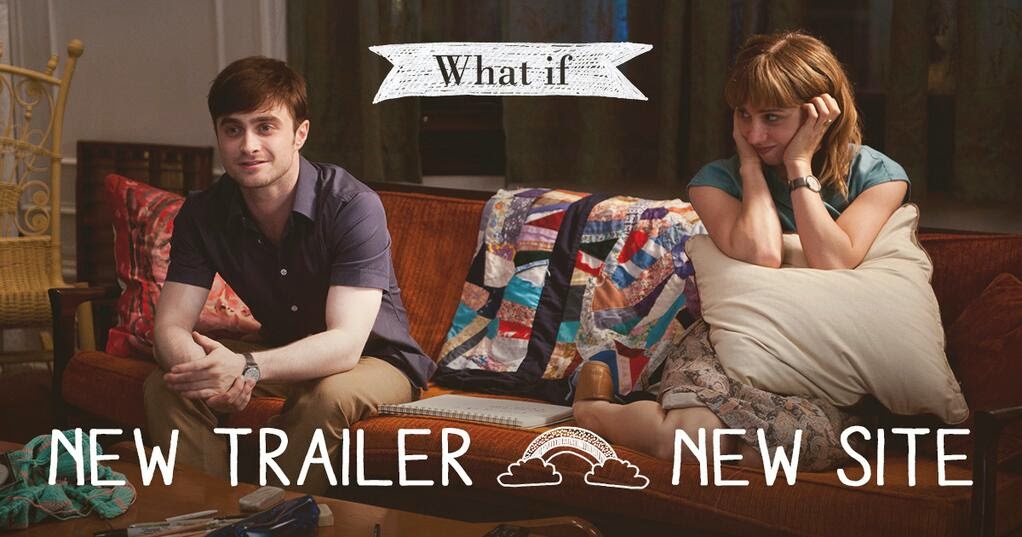 The Yahoo article also posted an interview with Dan ,some of which can be read below, the rest can be accessed by clicking 'interview' above:

What If raises the age-old question of whether or not men and women can just be friends. What have you learned about that from your own life?
Daniel Radcliffe: I’ve got loads of female friends, but I think it’s a different question when sexual or romantic attractions come into play. Can two people who are romantically attracted to each other just be friends? Possibly not, because I think in the end, you’re always going to end up having the conversation. It may be that you have the conversation where you confess your undying love for her and then you work it out from there. Or it may be that you end up getting together, or it may be that you end up never speaking again.
At what point in filming did you realize you and Zoe had chemistry together?
DR: I think it was probably the first scene in the diner, when we were just throwing stuff out there and trying to make each other laugh. I made her laugh a couple of times, and I always think that’s a good sign. It was obvious from then that we were going to be able to work well together and play off each other well.


There’s also a skinny-dipping scene at one point. Were you at all intimated by that?

DR: We got lucky in that the two nights on either side of [the shoot] had been freezing and on that one night, a warm front swept in. It wasn’t boiling hot, but it was definitely more comfortable than I expected it to be. For a scene in Kill Your Darlings earlier in the year, I actually went into the Hudson River naked. The scene ended up being cut. Twice that year, I had gotten into large bodies of water naked and if I have to do one again, I promise you it will be Lake Ontario. I don’t have a problem with [nudity] and so when it comes up in scripts, I’m not going to be the actor who turns around and says, “Oh, actually can I be wearing pants in that scene?”

DR: He’s fantastic. I think a lot of the time people make the mistake of equating the character somebody’s most famous for with what [the actor’s] personality must be like. I think a lot of people expect he’s going to be quite loud and brash. But he’s very quiet. He’s a really measured and intelligent guy, and a ferociously good improviser.

Are you excited about the new Harry Potter spin-off?

DR: Yes, I am. I’m now in that fortunate position of just being a fan like everyone else. [I’m] intrigued to see what they’re doing with these films.

Would you be willing to do a cameo?

DR: We’re dealing in total hypotheticals, because they haven’t asked. But “No” would be the answer. It’s really not an issue with those [new] films, because they’re set 100 years in the past. It’s the same world, but a totally different set of characters.