Since we're catching up, this news is a bit old but in case you didn't catch this month's edition of Total Film (also starring our lovely Domhnall Gleeson on the cover) here's that set report from Colonia with Emma Watson. Check it out below. 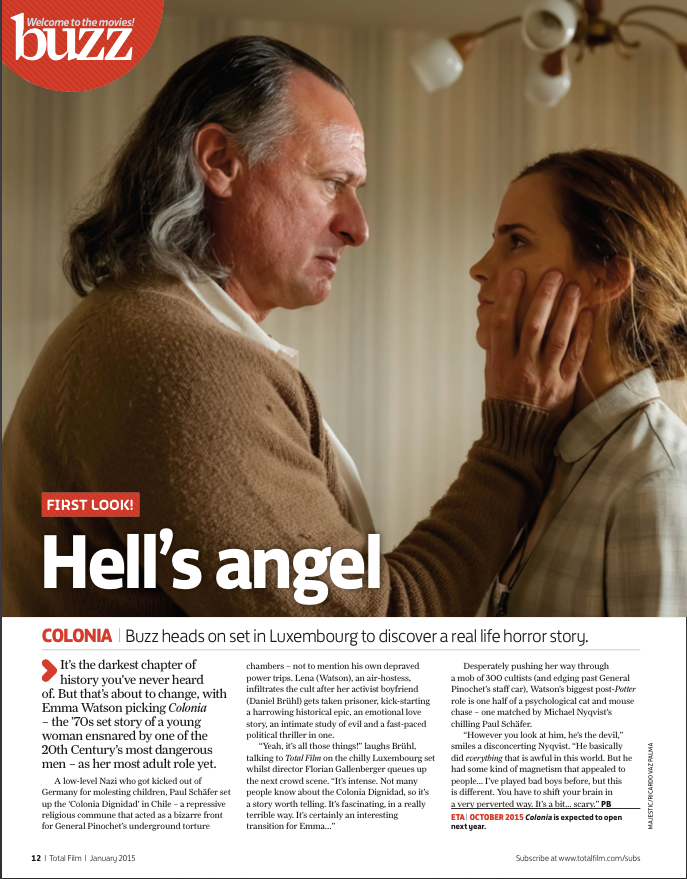 In other Emma news, she recently sparked praise from Hollywood queen Cate Blanchett:

“I was so fucking proud of Emma Watson’s speech at the U.N. It was brilliant, such an incredible use of her airspace, and really passionate. It was fantastic,” Blanchett said.


Emma has also been honoured this week for her contribution to British fashion, or rather her wearing of it. She attended the British Fashion Awards this past Monday and won the British Style Award, check her out below on the red carpet, and later inside when you could see her lovely jumpsuit to maximum effect. 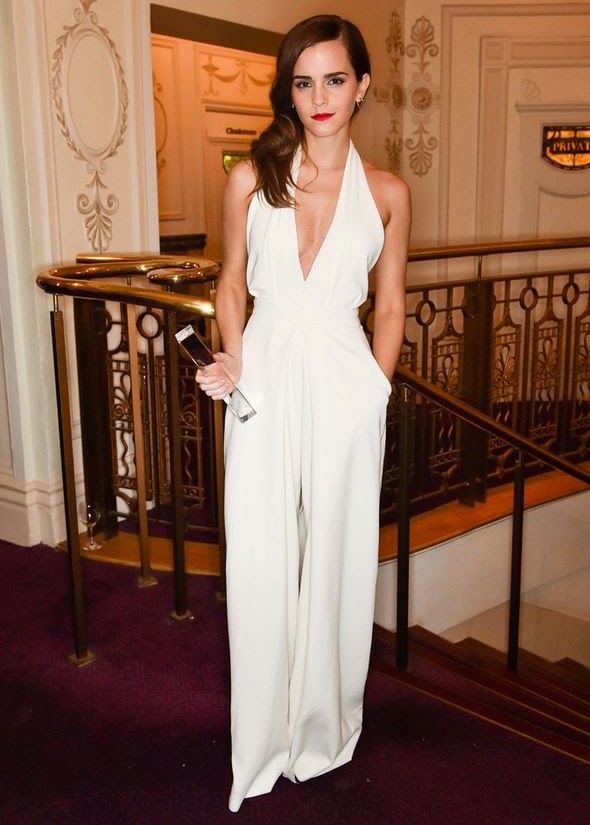