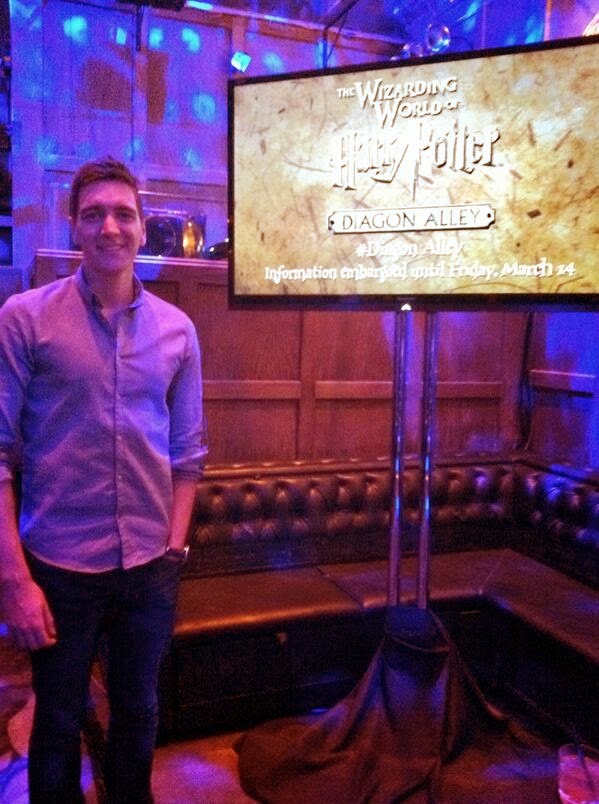 Do you think Hermione is the best fictional heroine ever? Then show your support and vote for her on the Best Things on Earth poll here! Don't have an account? Never fear, you can sign in via Facebook/Twitter/Google in two ticks! Hermione is only 38 votes behind the leader, so go!

In other Potter stuffs, The Wizarding World of Harry Potter theme park have revealed their Hogwarts Express ride!!!! Above is Oliver Phelps at the unveiling and check the video, which includes new cast interviews,  out below:

More info on the park expansion including the dementors, Hagrid and more are below and in Snitchseeker's full report here:

• Being transported from the Muggle world to the wizarding world as you pass through the brick wall at King’s Cross Station to arrive at Platform 9 ¾
• Watching in amazement as the Hogwarts Express pulls into the station – its billowing steam and authentic
whistle beckoning you to hop aboard
• Sitting in one of the train’s cabins with your family and friends and actually riding the Hogwarts Express – just as your favorite characters did in the Harry Potter films
• Looking outside your cabin window and enjoying a scenic, breathtaking journey through the British countryside as you encounter magical creatures, some of your favorite Harry Potter characters... and even Dementors...

[users] will see Hagrid come alongside the train on his flying motorbike, Buckbeak the Hippogriff swoop gracefully over the black lake, the Weasley twins on brooms and up to their usual antics, the Knight Bus swerving through London traffic – and other special moments and surprises.

Weasleys' Wizard Wheezes will, as already reported, incorporate all of the merchandise from the now-closed Zonko's joke shop, and will include chandeliers on the ceiling. 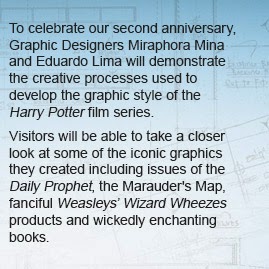 In even more Potter stuff, Warner Bros Studio Tour have announced their first tv advert (below) and their second anniversary event (can't believe it's been nearly two years since I've been!). We will have to return soon to revel in the fabulous magical atmosphere!

In the final piece of news, as part of J.K. Rowling's attempts to get people behind Scotland's Rugby team, Pottermore has added some Quidditch World Cup background info:

You wonderful people retweeted #wizards4scotlandrugbyteam, so go to #pottermore for a load of new information on the Quidditch World Cup!
— J.K. Rowling (@jk_rowling) March 14, 2014