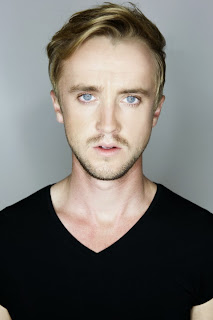 Strange Foreign Beauty have posted another (there have now been 3) preview of the upcoming Tom Felton obsessed issue of Bello Mag. We really should make a dedicated album (here). The new image is left with thanks to Feltbeats for the RT.

In other Tom news, he has appeared on Young Hollywood to talk once again about his upcoming show Full Circle. The interview was recroded way back in August but the interview has just appeared online. The show starts exclusively on DirectTV on October 9th and the video is now below: