Daniel Radcliffe to Return to Springfield; as Diggs the Falconer 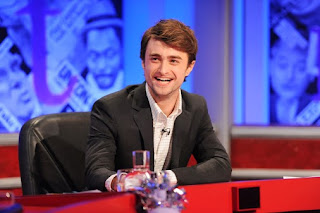 Daniel Radcliffe, it has been announced, is to return to his favourite show, The Simpsons, next season! Unfortunately, again, he won't be playing himself, but his character, Diggs sounds interesting and just complicated enough for Dan to enjoy the role:


"Diggs (Radcliffe), a strange older boy with a passion for falconry, among other things[,...] is a combination of Holden Caulfield, Finny from A Separate Peace and the kids in Lord of the Flies — only a little more screwed up,” executive producer Al Jean tells EW.

Looking forward to the episode! We will let you know when an airing date is announced!