More Images and Interview From Dan Radcliffe at Sundance 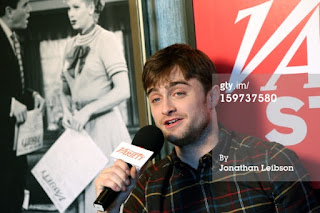 We reported yesterday that Daniel Radcliffe was at the Sundance Film Festival to promote his new movie Kill Your Darlings. Mugglenet have posted a new interview of the star with Holywire. This video can now be viewed at the bottom on the article.

I also received a little heads up from La Perfección y Sencillez tienen nombre y apellido: DANIEL RADCLIFFE regarding another shoot he did with Variety for the festival. One image is top left while the rest are in the gallery. The pics are from Getty.

Kill Your Darlings is one of Holywire's 9 FILMS TO WATCH!
Posted by Admin, Niamh, Danaholics Anonymous at 4:17 PM