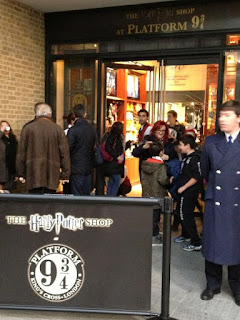 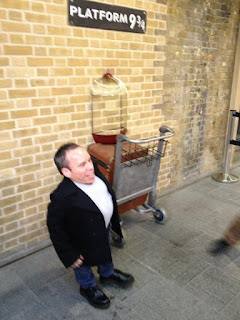 "Working alongside Network Rail and in conjunction with Warner Bros. Consumer Products, London Film Museum's The Harry Potter Shop is an intimate store, decorated in a similar aesthetic to the shops of Diagonal Alley, offering a wide range of official Harry Potter merchandise. From robes and jumpers to the books, wands and jewellery, the products are largely similar to those already available at the Studio Tour, however there are some great 'Platform 9 and 3/4' hoodies and t-shirts and it has been confirmed that the store will be rolling out a whole range of exclusive 'Platform 9 and 3/4' branded items over the next year."

update:
Snitchseeker have posted a video of Warwick's speech which can now be viewed below: