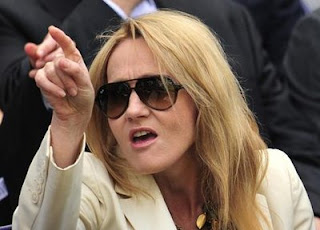 Leaky are reporting that JK Rowling attended Wimbledon the other day and I just had to post this AMAZING picture of our favourite author...it looks like somebody called Hermione a ***blood! But she did look stunning as always and some more demure pictures of her with her charming husband Neil can be seen in Leaky's galleries here. Bonnie Wright has also been attending Wimbledon today tweeting;

A wonderful British luncheon courtesy of The Wimbledon Lawn Tennis Club now for the tennis #Wimbledon in The Royal Box. This is cray cray!

SoBonnie.net have posted some images of the actress here.

Rupert Grint was rumoured to join her in the Royal Box, but was found to be a false story. 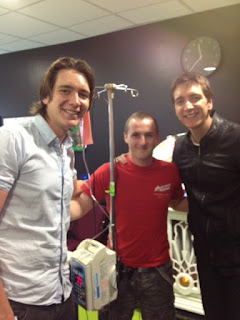