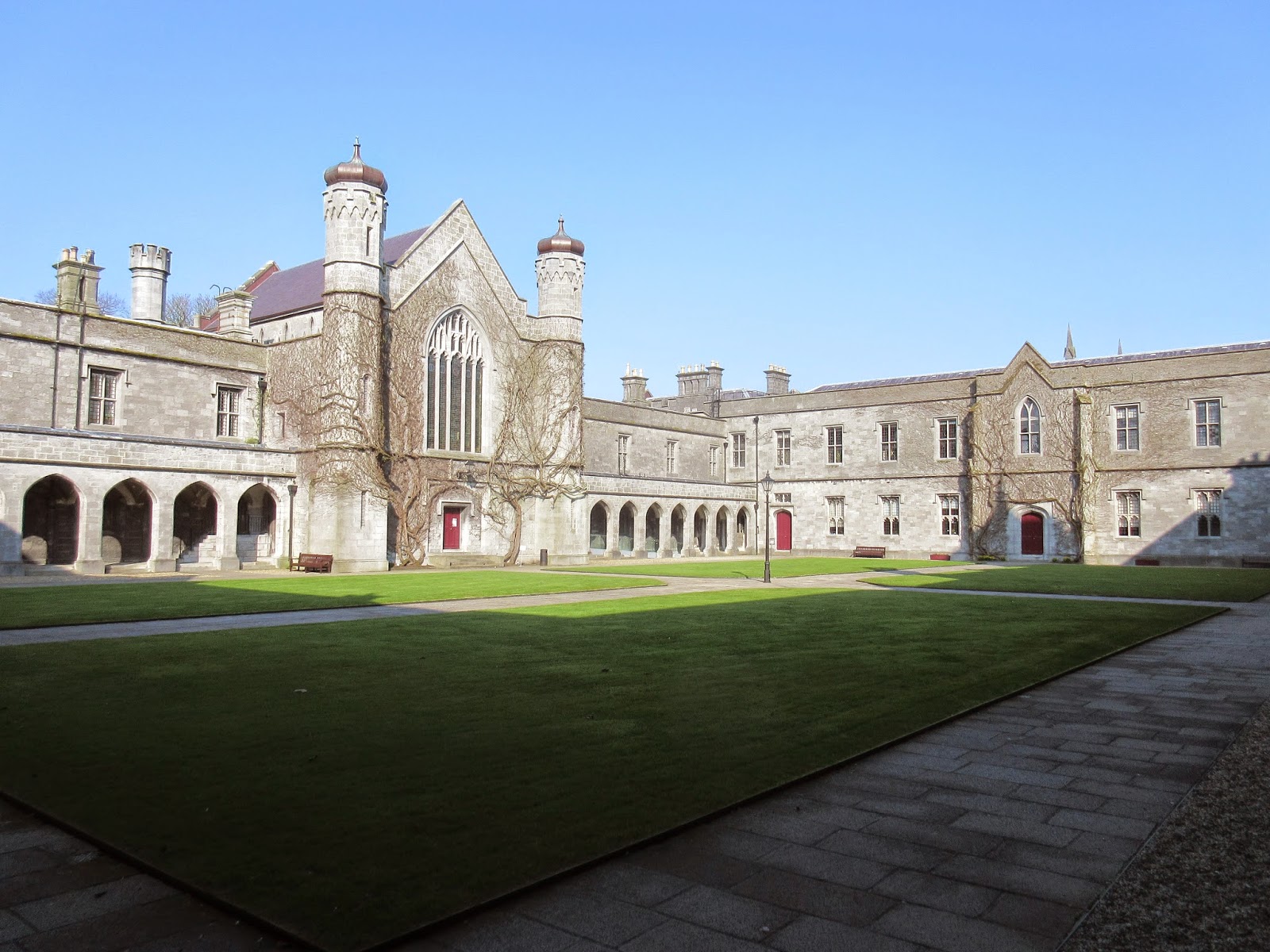 Potterfest 2015 took place in the ambient surroundings of NUI Galway this past weekend. Although it didn't actually occur in the Quad (now being thought of for a Potter fan movie), the modern resources of the student building were used to great effect decorated with the best of Hogwarts placenames and the 'gofic' architecture could be perused for outdoor activities like Quidditch and during breaks from activity as it was very sunny weather. Although the events were outstanding, the company was the highlight and the staff were friendly, helpful, encouraging (when embarrassment came from falling flat on your behind at Quidditch etc) and I felt like one of a large family of Potter fans, even hanging out with the special guests for the weekend. But more on that later. 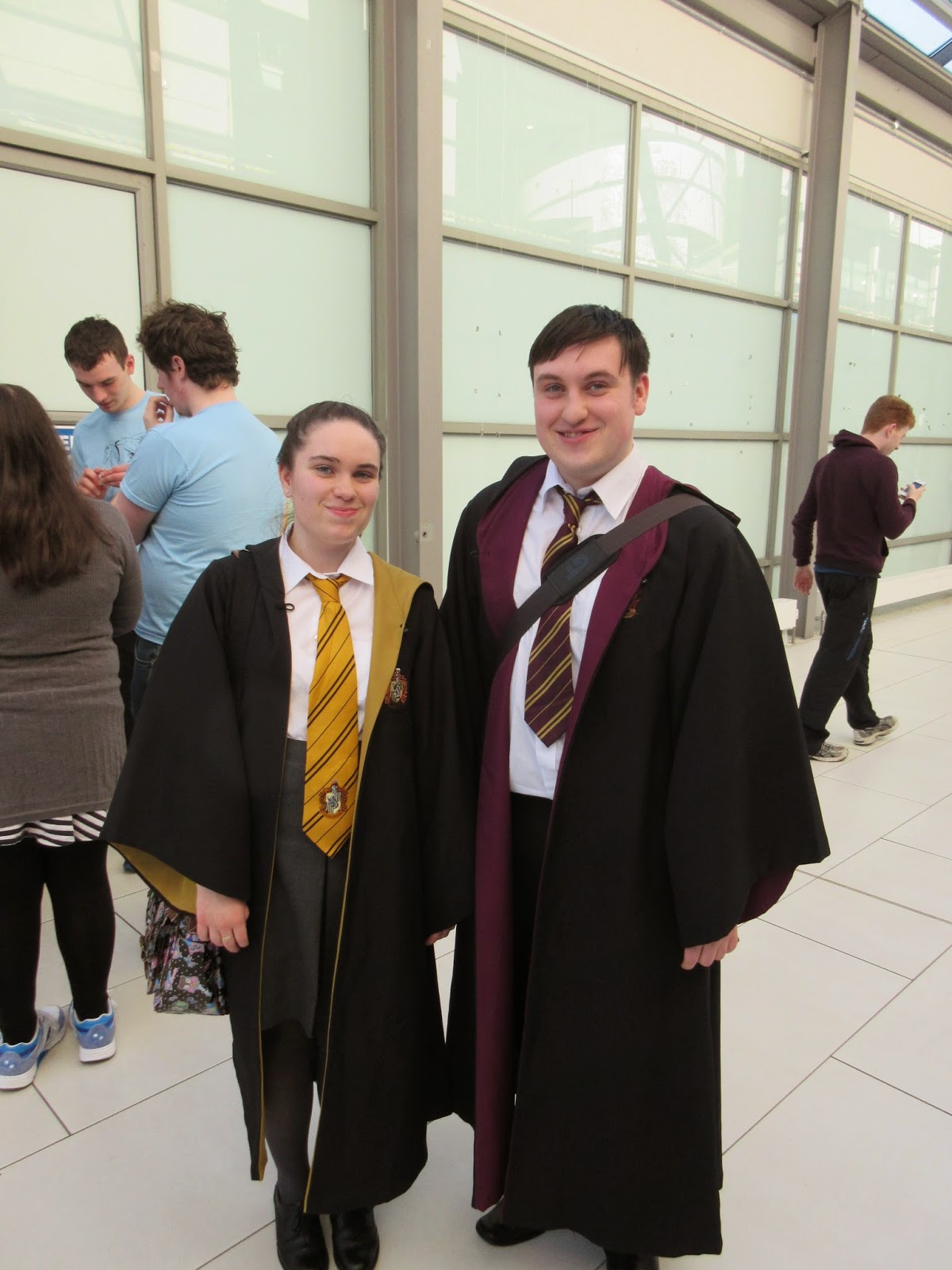 Along with the family feeling that arose among the staff, the opportunity to hang with fellow fans, the other attendees, was great and as with any con, there was the feeling of freedom to show your fandom on the outside. Many people showed up in robes and other cosplay and although I didn't really get the opportunity to photograph any cute kids, this cool pair, Rebekah and Adam, let me take their picture in full robes. Not everyone went all out but most people flashed their Primark Harry Potter gear with lots of house crest t-shirts on show. Another feature of cons is traders and this event did not disappoint in that department. There was stalls selling amazing art, handmade wands, chocolate frogs, official merchandise, broomsticks for the kids and one stall even had live animals. Among the large array of events for fans young and old there was drawing workshops,  a games room, Cards Against Humanity Potter style and dramatic readings of Beedle the Bard and more mature content including the now infamous 'My Immortal'. There were many panels across the weekend including some on Pottermore, Luna Lovegood, the mothers of Potter (for Mother's Day), how Quidditch has become a real sport and one asking is Hogwarts really safe? Also in honour of Mother's Day there was a tea party with Mrs Weasley. There was wizard chess and classes on Divination, Charms and more. For the older people there was 18+ events about shipping and a screening of The Magic Circle. 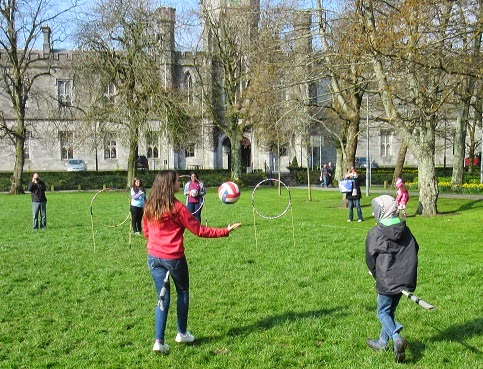 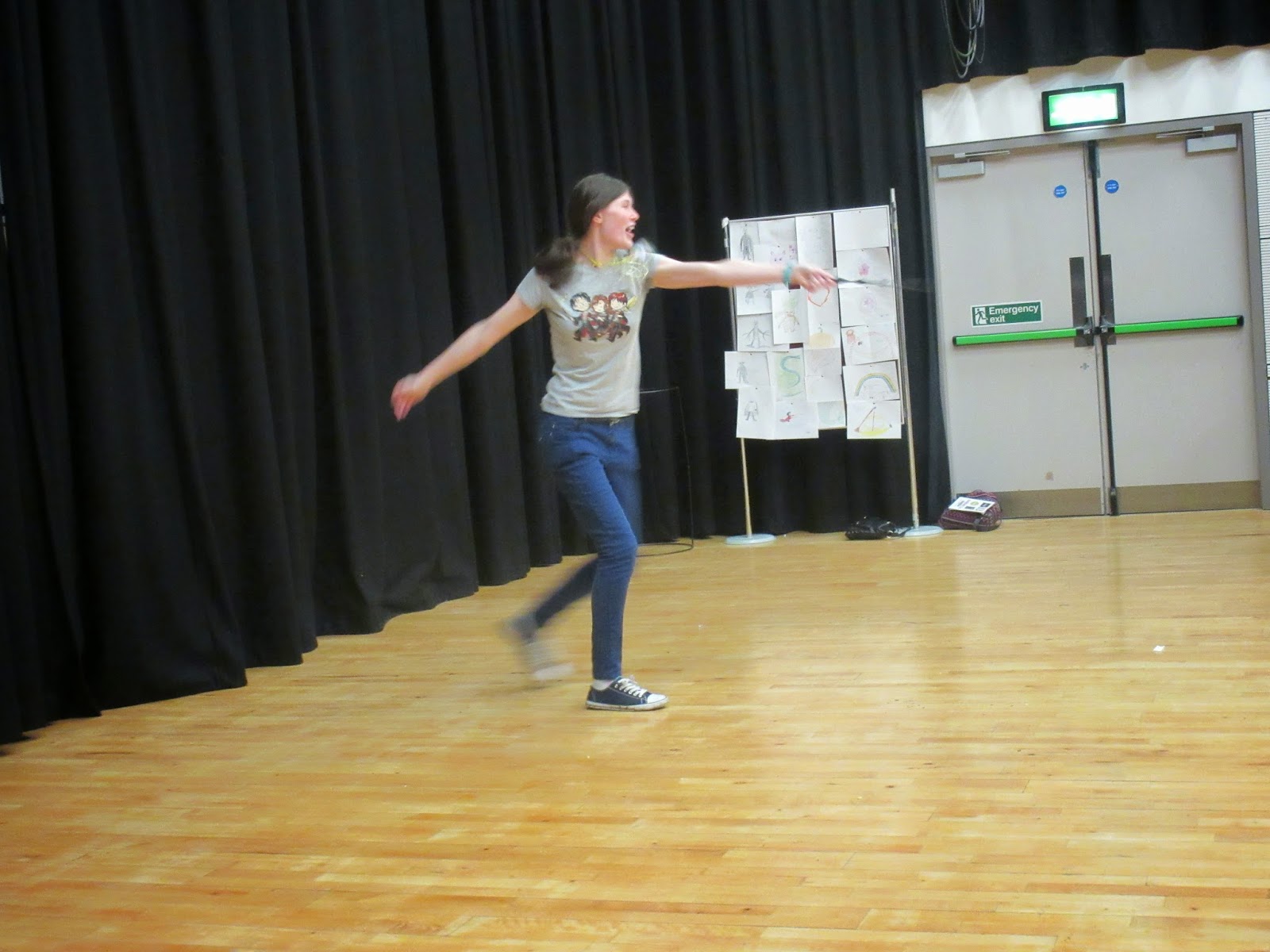 My favourite events by far were Quidditch, Dueling, Sorting and Yule Ball. Quidditch was taught by members of the real life Galway Grindelows and followed official IQA rulebook 8 rules. Dueling class was assisted by staff who had lists of spells to refresh our memories. It turned out this was more necessary than you would think in the heat of a real duel. It started off tame but as people cared less about those watching, fans dramatically fell when hit with stupify, threw their wands with expelliarmus and grew stiff with petrificus totalus. Sorting, although quick, was also fun and stared a real talking hat that said things like 'don't drop me' and 'leave my tassles alone!'

The true highlights for myself were the two events with special guests; Yule Ball and the Mudblood Book of Spells panel. Bailey Hall 3 was dutifully decorated with tea lights, house colours and silver flair for the special appearance of Cork native and wizard wrock star Romilda Vane and the Chocolate Cauldron who sang songs from her three albums such as spine-tingling Godric's Hollow, yuletide classic Sonorus and heartwarming Believe. More about the artist can be found on her Facebook page. I will post some videos on our Youtube soon! 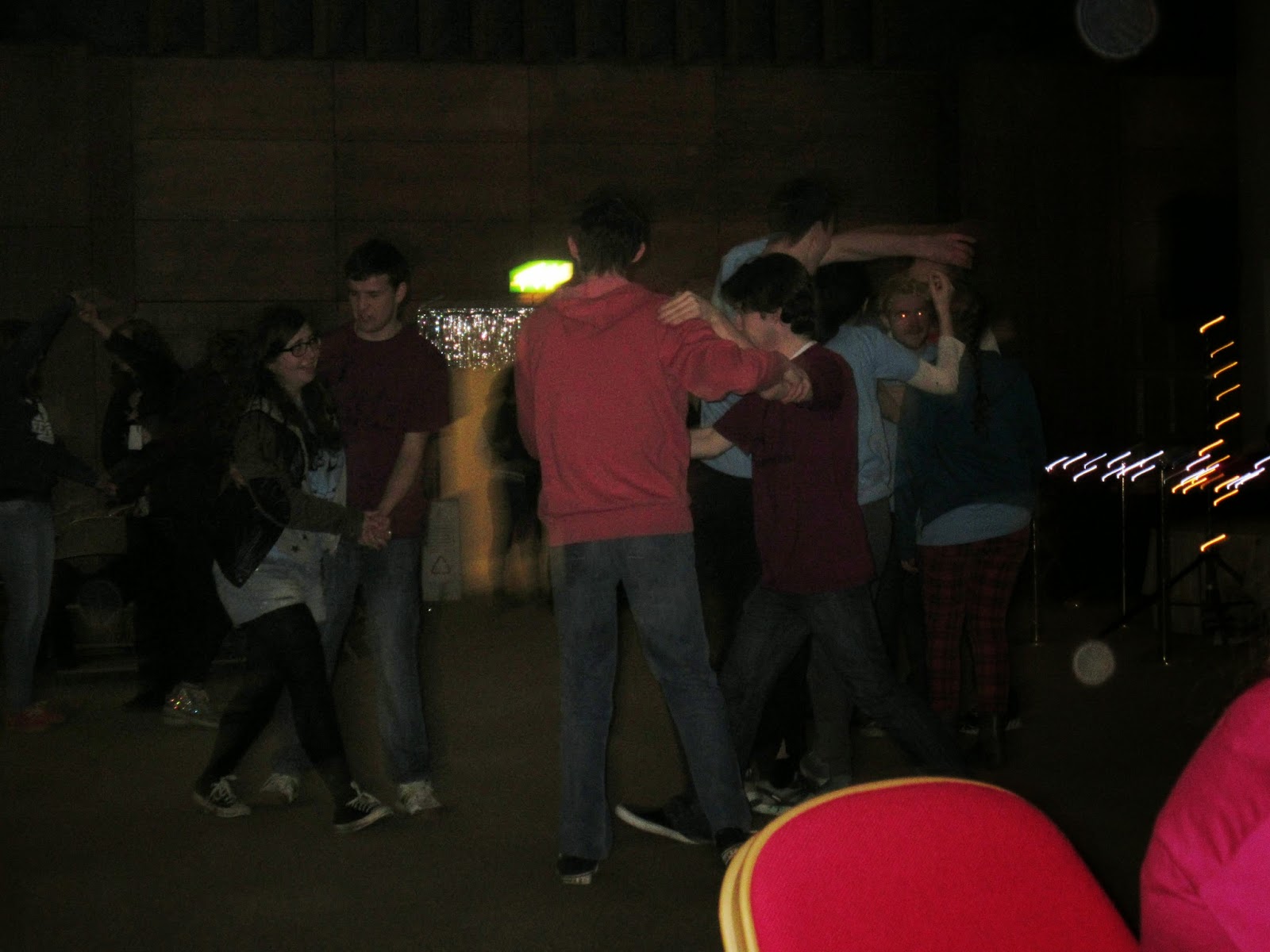 Mudblood: Book of Spells is a fan film project that has been in the works for awhile, but it has just gained approval from Warner Bros and J.K. Rowling. The story concerns a troubled muggle-born wizard Charlie Fowler who gets in with the wrong crowd 10 years after the Battle of Hogwarts. Due to the problematic nature of the current ministry and fear over what has happened before, the government decides to figure out how to take magical power away from select wizards. It's an interesting concept from the intellegent mind of Cameron Cairnduff developed with the help of the incredibly artisitic creative director Riikka Enne with a talented upcoming award-winning actor behind the lead role, Mr Bretton Lord. 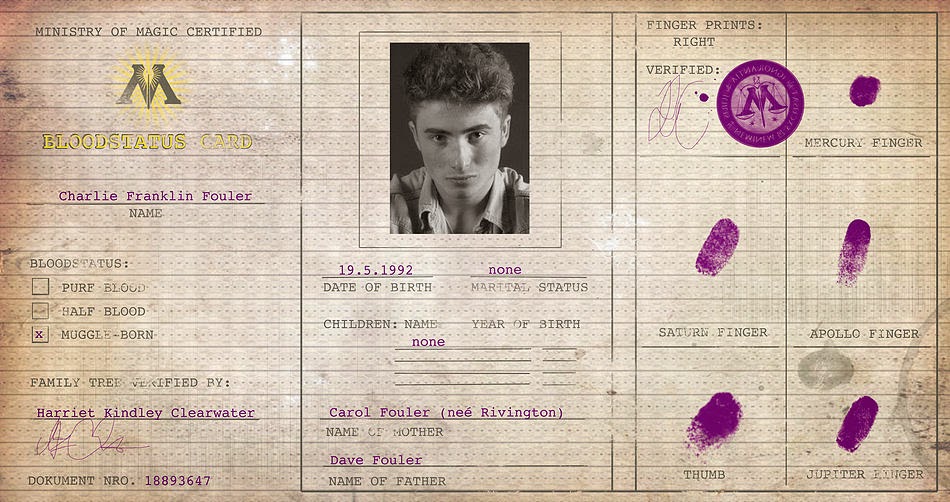 And those are only the people from the cast and crew that attended! There is a fabulous team behind the pre-production effort including Potter make-up effects master Sean Harrison's best student, the Royal Northern College of Music providing an orchestra of scene-setting music and actors from Game of Thrones and some top secret a-list casting! This is a very brief overview of the project and we will be writing an extended report and posting more videos very soon so stay tuned! In the meantime, below is the awesome no-budget teaser to get you interested, because they need your input and interest. They may have WB backing but this is still a non-profit film and much funding is needed. To donate please go here! I will hopefully get a chance to look at the script and give you some more info in the next post.

Posted by Admin, Niamh, Danaholics Anonymous at 12:20 AM