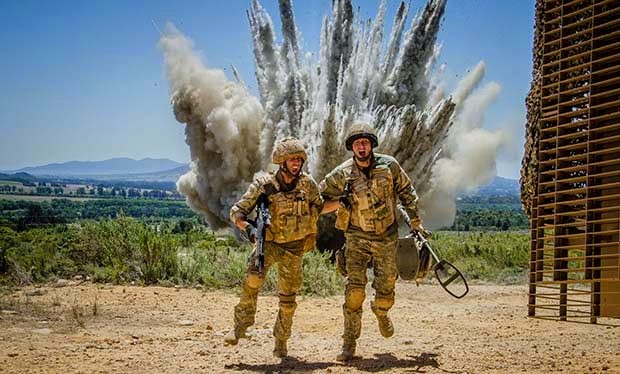 Were you all watching last nights return to the irreverently funny Bluestone 42?
Well just in case you werent, we caught it and have prepared a short review.
Bluestone continued it's usual mix of drama and comedy with the conclusion to the explosive scene that ended season two. For those who have never seen the show, it is set among a group of British soldiers in the thick of it in Afghanistan and stars our favourite Leeds boy Matthew Lewis. Last season ended with the team heading out in their four by four only to drive across one of the bombs they spend a fair chunk of their time deactivating. We were left wondering, will our heroes survive? Answer yes, but not before some well timed gags and a tense 30 minutes of concussion jokes, cross fire and Rocket and Mac's usual immature behaviour. At times the balance between humour and tense action is lost but for the most part the characterisation carries the mismatch as most of the soldiers are usually dumbly carrying on their irrelevant conversations while they are being shot at. The short lived Padre/Nick storyline unfortunately came to a close but it was also revealed that Bird is not over Nick, a story that kind of came out of nowhere as if it was thought up last minute, yet this may continue to prove unfruitful for Bird.

Matt has been on the promotion trail and appeared on some UK shows last week. Matthew spoke with Radio Times about the explosive nature of the upcoming season:

“We have another explosion later on in the series which is the biggest we’ve EVER done. And it is Un-believable. We weren’t even allowed anywhere near it when it went off, we had to watch it from about a mile away. And even then, it vibrated everything around you.”
He adds: ”We’ve really tried to up the stakes in terms of the action and explosions this series."

The serial also had a behind the scenes look at the show which can be seen here.

In other interviews, Matt recorded some of that lovely accent for Scott Mills 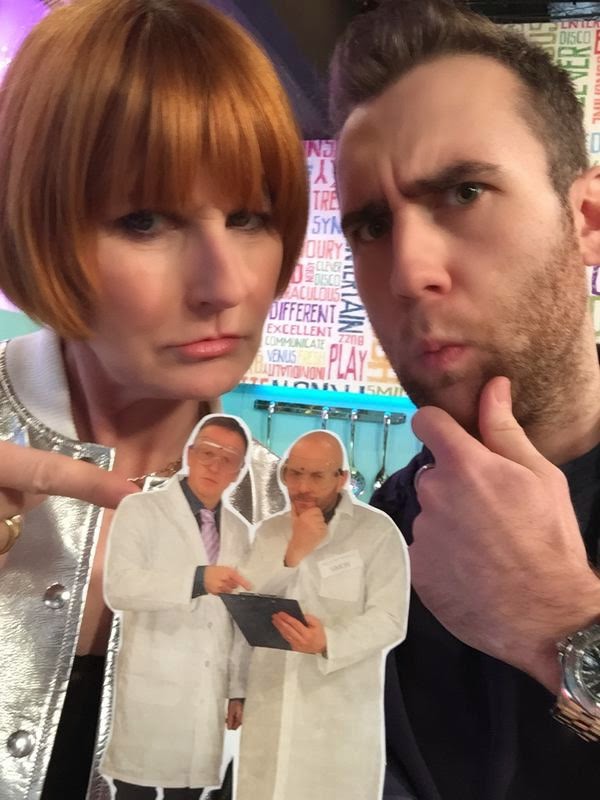 He also did tv interviews for Sunday Brunch (left) and ITV's Lorraine.
On Sunday Brunch he revealed he's a leftie among other things. We are still searching for footage.


You can watch Matt's interview on Lorraine below or here and the entire show here.

MatthewLewis.com have kindly transcribed an interview he did for Mugglenet where he spoke about The Brontes.

ES: There’s this project you’ve been attached to for some time, The Brontes, do you have any knowledge as to how that’s going or if it will begin production soon?
ML: I really don’t. It was a thing that I read the script and was intrigued by it and was keen. But I’m not really sure, I’m kind of busy this year. I’ve got a couple things coming up, which I’m really excited about. I’ve got another film coming up this year, so I don’t really know if I’m going to have any time at the minute to be honest, but it’s sort of gone away at the minute. I’m not too sure about it. You probably know as much as me.
But there’s some other really good stuff coming up, I can guarantee that! Unfortunately. I’ve just spoke to Megan about it and there’s nothing that can be said at the moment. But some stuff coming!

Katie Lyons also spoke about Matt during a fan Q&A after the airing saying the following:

Matt's instagram is now public and can be viewed here.
Posted by Admin, Niamh, Danaholics Anonymous at 10:49 PM