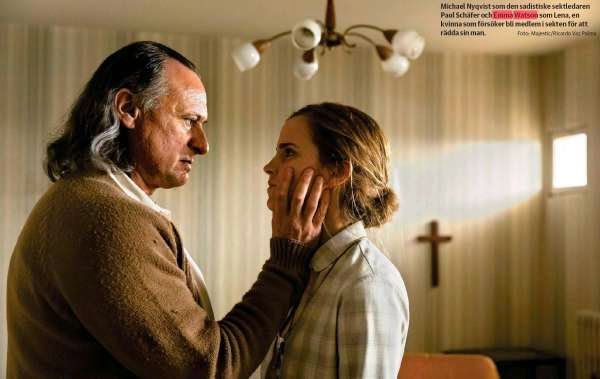 We tweeted awhile ago that Emma Watson had been cast in Colonia, a film about the Chilean coup in 1973 where she plays Lena.  Some info from Watsonuncensored's translation of an article can be read below while the fist promo image is left.

On the scene depicted in the photo above: Nyqvist said, "I see this as a fight to the death between Lena and Schäfer where everyone is trying to crack the other mentally, says Emma Watson, who asked the Swede to not tell how he was going to react in scenes that would become more authentic.
"He took it, and went loose with everything; kicked me, stomped, shouted 'sit, stand, sit,' and everything is possible. While this is Michael Paul Schäfer to a man who can also a very good drinker," says Emma Watson

"Most screenplays are about a damsel in distress rescued by a male knight in shining armor, but this is a story about a young woman who rescues her husband (played by Daniel Brühl). It was there that immediately appealed to me," says Emma Watson.

Filming in Chile and visiting the sect there where the story's tragic events took place in the 1970s: "It's an experience I will never forget. The buildings looked exactly like in the 1970s, although it is called Villa Baviera nowadays. I freaked out completely. You really wonder how such a thing could happen," says Watson.

On Harry Potter: "I've never thought of my job as something I get paid for. Daddy did not tell me how much I earned before I turned 18. It came as a real shock to me! The truth is I just like to be challenged in my job. Additionally, I have not done anything since I was nine, ten years ... This is the only thing I can. Film is my life and my home," says Emma Watson.

"This Film is my first chance to develop a role from beginning to end. I carry the whole movie and it's very different. It is both invigorating and liberating. It's really cool," she says. 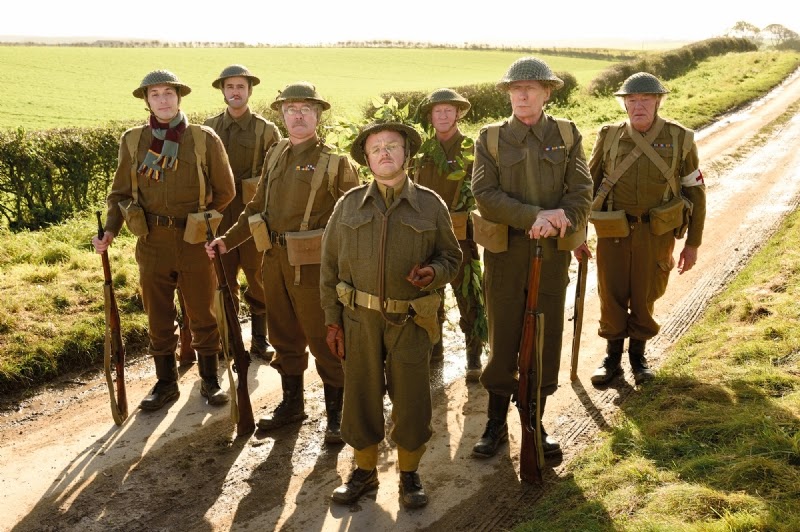 In other first look promos, Michael Gambon, Bill Nighy and Toby Jones can be seen in this first image, above, from Dad's Army. For more on their casting check out our previous post.