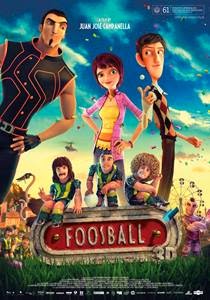 In Rupert film news,  his recently animated feature which was previously named Foosball and The Unbeatables, has been picked up by the Weinstein company and renamed Underdogs for a US release this summer. The date set is August 27th and "the film will have a wide release and AMC theaters already has it listed on their website."

In new projects, Rupert is to film Moonwalkers this May, before Enemy of Man (beginning shooting in August) . He will star alongside Ron Pearlman (and former Cherrybomb buddy Robert Sheehan) and the film will be made in Belgium. The synopsis is below:

July 1969, Tom Kidman (Ron Perlman aka Hellboy), a special agent of the CIA, was sent to London to find Stanley Kubrick and convince him to turn a fake moon landing in case the Apollo mission would fail. It is not Kubrick, but in his place, Jonny (Rupert Grint, aka Ron in Harry Potter), manager of a seedy rock band. Jonny is the bad dream Kidman. Kidman is the nightmare of Jonny. They have no choice but to work together to accomplish their mission, their lives and develop the biggest scam of all time.

I'm thinking this will split audiences.....but am glad work is picking up for our favourite redhead! 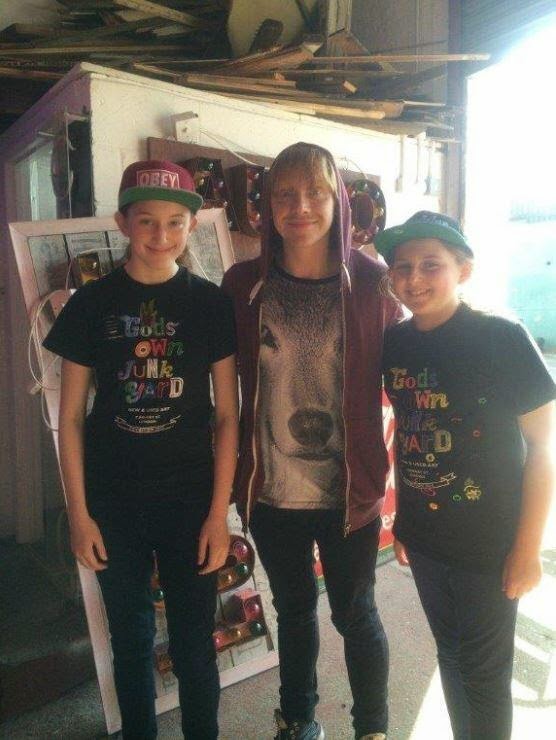 In other recent news, Rupert has become a celebrity ambassador for children's charity Starlight.


It was a great pleasure to help Starlight grant Callum’s wish before Christmas and I really look forward to doing more to support this wonderful charity. I have seen first hand just how much of an impact a Starlight Wish can have on a seriously ill child – it really makes a huge difference to them and their family – so I am delighted to become a Starlight Ambassador


Rupert recently visited art spot God's Own Junkyard in London and a picture of him with owner Chris Bracey's granddaughters is above left.
Posted by Admin, Niamh, Danaholics Anonymous at 11:15 AM