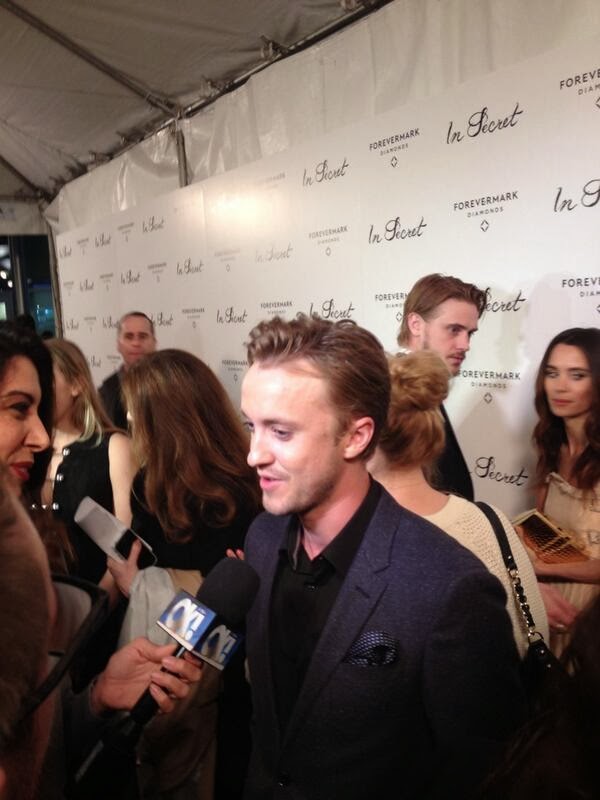 Tom Felton recently hit the L.A. red carpet for the premiere of his hotly anticipated period drama In Secret which also stars American Horror Story legend Jessica Lange. The film, which was previously named both Teresa Raquin and Therese, is released in less than a week in the US. An image of the man himself is left. An entire gallery of images is here.

We will let you know about international release dates soon.


There was also another LA screening of the film on Friday at the Los Angeles County Museum of Art.

In other Tom news, the official In Secret Facebook has released some promotional images and these are now in our gallery. Tom's Ghosts of the Pacific buddy Jake Abel wrote of the film:

Tom also appeared in the latest issue of Essential Homme; the photoshoot can be seen here.
Order here.

He will be appearing on The Conan O'Brien show this coming Wednesday. More info here.

Finally, Tom gave the hint that he may be working on new music:


Also, Tom's video for charity END7 has passed the 1/2 Million views mark!! check it out here.