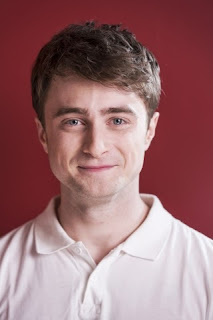 Mugglenet are reporting today that the much enjoyed (by UK and Irish fans,at least) A Young Doctor's Notebook is finally to be available to watch by America fans. According to the fansite,  the dark comedy is to air on the channel Ovation this summer.
Let's hope this is a sign that more countries will get the series!
Feel free to sign our petition aiming to get this show to out countries!


In other news, Much stir has surrounded Dan's admission in an Time Out interview that he would never return to Potter as Harry, perhaps only convinced as Harry's Dad James. E News have also jumped on the bandwagon leading with that quote. However, Dan has said stuff like this before and it's hardly news but speculation, but if you're interested you can read the snippits again on E here.