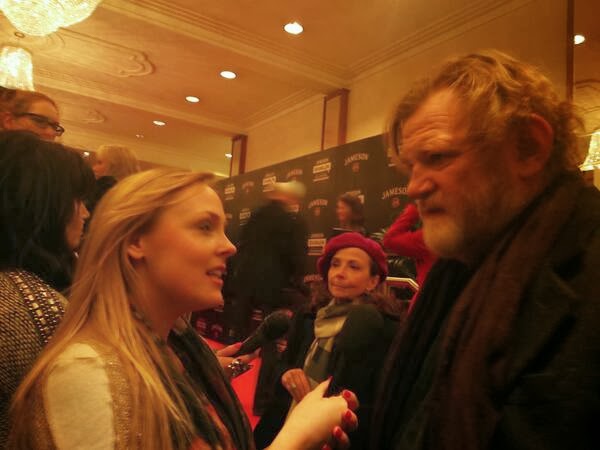 When it comes near to February, we here at Danaholics get very excited as it means the Jameson Dublin International Film Festival is on it's way and we may get a chance to see any of the many films Potter stars made in Dublin. As many of the Potter stars hold their craft much closer to their heart than money, these films are often indie and do not make the big screen quickly if at all.

Although none of the movies we hoped for made it this far (Including The F Word, In Secret and G.B.F) we had the great pleasure of inviting the legend John Hurt back to our shores (more on that later) and Irish and Potter awesomeness Brendan Gleeson also had a premiere at the festival, the opening film in fact.

Tickets for Calvary sold out fast so unfortunately we didnt snag a ticket and as the weather was very gale-y and wet, we didnt make the premiere either. However, a review of the film is here and a picture of the great Mr Gleeson is left, courtesy of Film Ireland. The link above also includes a nice little clip of Gleeson as priest. The film also stars Gleeson's son and Bill Weasley actor Domhnall so we will review it ourselves when it hits cinemas in April! 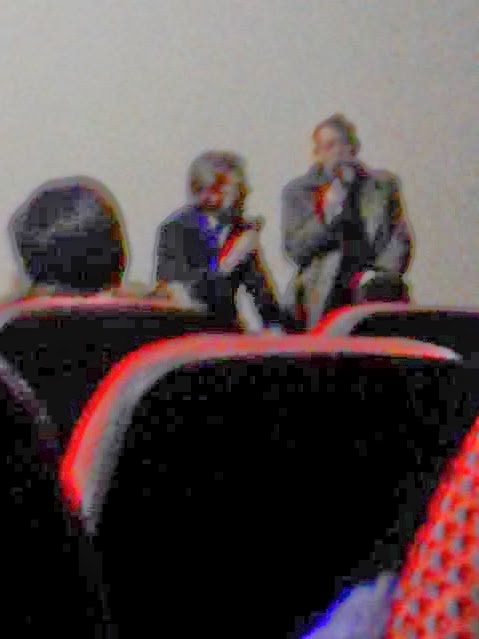 Our excitement only grew when John Hurt, of Ollivander and War Doctor fame also attended the above premiere and made us happy to have snagged tickets to the screening of his film Only Lovers Left Alive.
We got to meet the actor, shake his hand and even ask him the below question:

Will we be seeing any more of the War Doctor, or indeed Ollivander?
"He did what he needed. Better to quit while we're ahead".

He didn't hear the Ollivander part of my Q. And my camera failed me, the picture right being the best it could muster *sadface*. But it was a wonderful and once in a lifetime experience, especially having him shy away from us at our previous encounter at the Half-Blood Prince premiere.


On top of this, the film itself was great and makes me look forward to Hurt's next work with Tilda Swinton, Snowpiercer.

The film, which I've heard of for quite some months through John's own twitter @WithJohnHurt, primarily follows a vampire couple (played by Tilda Swinton and Tom Hiddleson) who move slowly and gracefully through immortal life, seemingly to the sound of music (some of which was sent into the world by Adam, the male vampire) and living off blood bought from dodgy doctors. John Hurt plays a wonderful side part, that of Marlowe the witty and centuries old pal and almost blood dealer of Tilda Swinton's Eve. Other humourous support comes from Mia Wasikowska and Anton Yelchin.

The film is beautifully shot and comes with a light and witty tone to it that made me fall in love with it from the get-go. The music grabbed me from the very first record spin (you'll know what I mean when you see the opening scene) and the traditional yet modern take on vampirism is refreshing in a world of sparkly, sexy teen-culture-fuelled vamps. I also liked the references to pop and literature culture, especially where it insinuated that the vampires involved gave famous works to artists and authors from Shakespeare to Schubert.


To promote the film, John Hurt appeared on (franky terrible) Irish chatshow The Saturday Night Show. A clip is now below:

Irish fans can watch the show in full on RTE Player here.
Posted by Admin, Niamh, Danaholics Anonymous at 9:34 PM