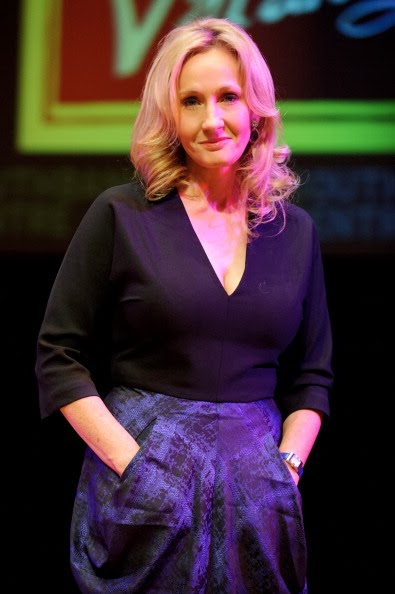 Old news to all of us now, is the fact that J.K. Rowling has confirmed a pre-Hogwarts play that will begin pre-production this year. For those of you who missed the news, here are the details so far:


J.K. Rowling announces a new stage play project in collaboration with Sonia Friedman and Colin Callender, based on the Harry Potter stories

J.K. Rowling is pleased to announce that she is collaborating with the award-winning theatre producers Sonia Friedman and Colin Callender on a new stage play to be based on the Harry Potter stories.

What was it like to be the boy in the cupboard under the stairs? This brand new play, which will be developed for the UK theatre, will explore the previously untold story of Harry's early years as an orphan and outcast. Featuring some of our favourite characters from the Harry Potter books, this new work will offer a unique insight into the heart and mind of the now legendary young wizard. A seemingly ordinary boy, but one for whom Destiny has plans...

J.K. Rowling will also be a co-producer on the project, but whilst she will collaborate with a writer on the new play, she will not write the script herself.

"Over the years I have received countless approaches about turning Harry Potter into a theatrical production, but Sonia and Colin’s vision was the only one that really made sense to me, and which had the sensitivity, intensity and intimacy I thought appropriate for bringing Harry's story to the stage. After a year in gestation it is exciting to see this project moving on to the next phase. I’d like to thank Warner Bros. for their continuing support in this project."

Writers and directors are now being considered, and the project will move into development in 2014.


In other Potter and Rowling news, a new audio clip, intended for use on Pottermore, is set to be unveiled at the Harry Potter Celebration Convention at the Wizarding World of Harry Potter theme park in Florida. The convention, to be held later in the month has revealed the following info on the clip:


The clip will feature Rowling telling the "back-story to one of her most colourful Harry Potter characters" from The Goblet of Fire.

Also of note, other Pottermore content will be revealed and discussed during a panel with Pottermore’s Creative Director Tom Hodgson:


a behind-the-scenes look at the online experience Pottermore.com, to reveal beautiful new artwork from the next instalment of Harry Potter and the Goblet of Fire.

Pottermore will have a booth within the Harry Potter Expo area at A Celebration of Harry Potter, where fans can experience Pottermore.com for themselves, watch an artist illustrate upcoming creatures, and sample the Harry Potter eBooks and digital audio books.

Stay tuned for more on that, and of course pictures and info from the convention as they emerge. Tom Felton, the Phelps Twins and Evanna Lynch have so far confirmed for the con so expect plenty of catching up photos!
Posted by Admin, Niamh, Danaholics Anonymous at 7:57 PM