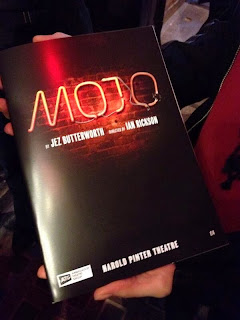 Mojo opened on the West End on Saturday night and first reactions included: "hilarious. unforgettable. fantastic. amazing. disturbing. genius." A review from sites such as RGUS and RGNET are pending, and press reviews won't occur until previews are over in November. For more on Mojo, head to our older stories feed here.

In other Rupert news, some more promotional images from the upcoming modern adaption of Macbeth, Enemy of Man, have emerged along with some behind-the-scenes images from these promos. It really is only behind the scenes of the promotional images because the film hasn't officially begun filming yet!
All of these images will join the first two from Enemy of Man in our designated album.
More on the project in earlier posts here and here.

Finally, the official facebook for Charlie Countryman has released a behind the scenes look at the film. Check it out below: