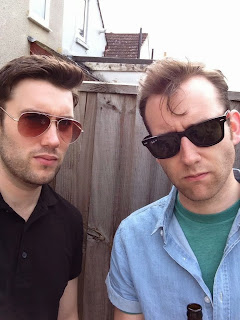 Magical Menagerie are reporting today that Matthew Lewis' long awaited Post-Potter film The Sweet Shop is that much closer to our viewing. The film, which premiered at the London Film Festival recently and Matt completed years ago, will be available on demand on vimeo. A brief synopsis is below thanks to MatthewLewis.Com and the film can be rented internationally for $1.49 on Vimeo on Demand here.

Despite his rock star status, the break up of Jarvis Marshall’s band has caused him to face a loss of direction, as well as the loss of his family. In need of salvation, Jarvis discovers inspiration with the help of Katie Powell, a childhood friend from the village where he grew up.

Now running her grandfather’s sweet shop, Katie’s passion for life is reignited with the return of her former crush. However, their obvious connection is threatened when Katie discovers that Jarvis is no longer the boy she once idolised.

Determined to uncover her old friend, Katie reminds Jarvis who he used to be. Meanwhile, Jarvis’ supermodel girlfriend, Simone, hires a reporter to sabotage the blossoming relationship. With the help of Katie’s jealous ex- boyfriend, Simone resorts to deceit and lies in order to keep Jarvis from Katie, but she soon discovers that she can’t stand in the way of their feelings.

The Sweet Shop is an alternative but touching take on the traditional romantic comedy, following two old friends as they face their pasts in order to look to the future. Starring Matthew Lewis (from the Harry Potter franchise), Gemma Atkinson (Hollyoaks, 13Hrs, How to Stop being a Loser), Susan Hoecke (Reef Doctors, Storm of Love).

Speaking of age old projects that have not been released, a new trailer for Sweat, featuring Bonnie Wright, has been released. I'm still looking for a link as Snitchseeker deleted their tweet. 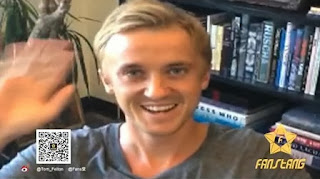 In Tom Felton news, he has joined the chinese social media site Weibo.com. According to Feltbeats, this is a confirmed account and have posted this info about the site:

Sina Weibo is a Chinese microblogging (weibo) website. Akin to a hybrid of Twitter and Facebook, it is one of the most popular sites in China, in use by well over 30% of Internet users.

Check out his account here while a video of him announcing the account can be viewed here. He already has 19174 fans.

In other Tom news, he has just confirmed for Ottowa POP Expo 2013 and Boston Super MegaFest. More info can be found by clicking the title of the interested convention above.
Posted by Admin, Niamh, Danaholics Anonymous at 6:36 PM