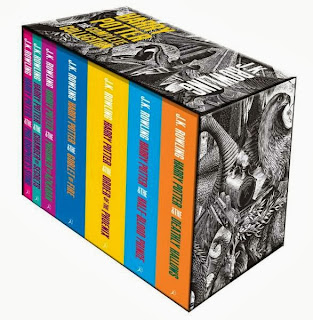 Snitchseeker are reporting that the Potter books are beginning to become available in Filipino:


The Harry Potter book series has now been translated into its 68th language, this time Filipino...the first of the series, Harry Potter and the Sorcerer’s Stone: The Filipino Edition, translated to Becky Bravo, was released September 14 during the Manila International Bookfair.

No word on the rest of the series.

In other book series news, the re-release of the UK editions collection is set for a November 7th release, with pre-orders available here. A picture of the set is above.

In Pottermore news, since Hufflepuff won the last house cup, they have gained early access to the Goblet of Fire moments on the site. If you want to find out details of what has been revealed so far, check out Snitchseeker. 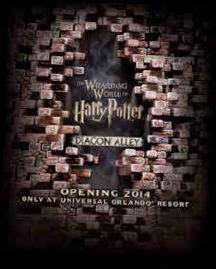 In Wizarding World theme park news, the first pictures have emerged from the upcoming Diagon Alley and Grimmauld Place sections of the Orlando park. The brochure for members and employees of the Orlando team included a teaser of Diagon Alley's bricks, left.
Some construction pictures from Grimmauld Place have also become available which,if you're interested you can see here.


Finally, if you're planning a visit to the Warner Bros Studio Tour in time for the Christmas event, or just want to treat a fellow Potterhead, there's a special personalised ticket option available. It includes:
Prices are £60 for adults and £52.50 for children and come in a special exclusive presentation box. Please note however that this will only be delivered to places in the UK. *Sadface* for the rest of us! In the UK? Order here.