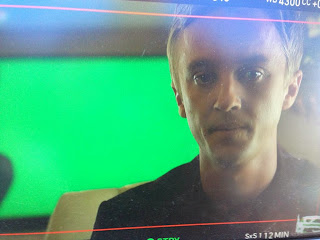 Feltbeats have revealed that Tom Felton is to attend Dallas Comic-Con at the Irving Convention Centre later this year. He is to attend as part of 'fan days',October 4-6th inclusive.
For tickets and more info head to their website.
The image left, is a recent picture posted of Tom by his Murder in the First co-star Eric on set. 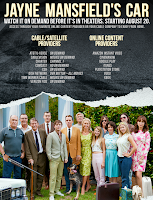 In other cast news, Ollivander actor John Hurt's latest project, Jayne Mansfield's Car is now  available On Demand! See link for participating providers, and the image right (click to enlarge) for more details on the film.