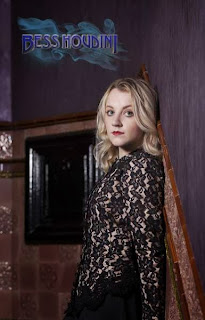 Evanna Lynch recently attended a screening of her recent project, G.B.F. at the Outfest Film Festival. Images of the actress can be found in our album here and here.
In other Evanna news, her upcoming theatre project, Houdini, is set to tour the UK and Ireland! The list can be seen below. Left is the first image of the actress in the role of the famous magician's wife Bess. A poster for the show can also be found in our gallery.

We will most likely check this out in October!
Source: Snitchseeker

In other Evanna news, she and other Potter alumni such as Bonnie Wright, Katie Leung, Matthew Lewis, Jessie Cave, Harry Melling, have spoken about the Harry Potter films. You can read what they said here.

In other cast news, Matthew Lewis tweeted today that he has recorded audio for over an "epic documentary" entitled Knight's Club.
WATCH. THIS. SPACE. 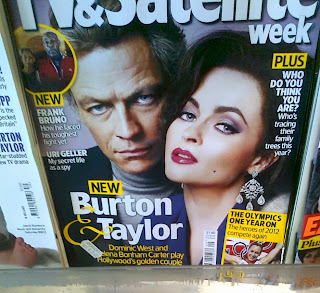 Finally, as we recently reported, Helena Bonham-Carter's turn as Elizabeth Taylor in Burton and Taylor was to air on BBC 4 last Monday. Now the Radio Times are saying there were " 1.17m watching Burton and Taylor biopic" and Potter alumna Rohan Gotobed (Young Sirius) even tweeted:
Honestly can't think of anyone better to play Burton & Taylor than Dominic West and Helena Bonham Carter, except perhaps Burton & Taylor!
Posted by Admin, Niamh, Danaholics Anonymous at 11:02 PM