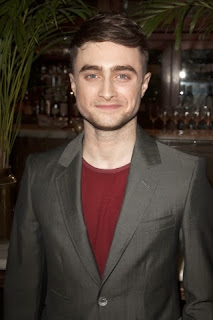 The official opening (and press) night for The Cripple of Inishmaan occured last night and with that comes pictures from the afterparty.

There were also some new promos, from DanRadcliffe.co.uk, one of which can be seen further down the post and  the rest are in the gallery. The rest of the after-party images can also be found here.


Reviews are coming in thick and fast since last night and a very SPOILER-RIDDEN but praizing review was written by the Guardian. I have, however, included below some nice snippits that include no spoliers:


It's a knowing play but one which Radcliffe invests with a sense of real feeling. With his twisted left arm and inflexible left leg, he suggests Billy's disability without overstating it. Radcliffe also has the precious gift, vital in a play full of narrative surprises, of seeming artful and vulnerable at the same time [...]He makes you care about a character who, in some ways, is a clever literary conceit. 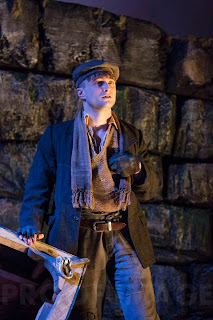 
So Daniel Radcliffe's Irish accent in Cripple of Inishmaan is pretty much flawless. Good production too!


Finally, some interesting news- apparently Daniel inspired a This is the End rewrite, and may have saved the movie:


[Daniel] very respectfully explained that the material was not quite good enough, and he was right. It was a bad early version. He taught us a lesson. We learned something from him that day.

Daniel was originally approached for the film but declined because of the script.