Daniel Radcliffe's Next Project, Frankenstein, Gets a Release Date 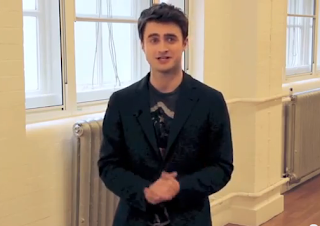 According to DanRadcliffe.co.uk, Daniel Radcliffe's next project has been officially named Frankenstein. Daniel is to play servant Igor in the new adaption, set to begin filming in the UK this autumn.
Furthermore, Fox Entertainment have listed the release date as October  17th 2014. We very much look forward to the film and Dan's further work on a disfigured body.
Posted by Admin, Niamh, Danaholics Anonymous at 3:56 PM