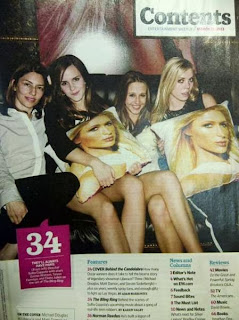 A shocking and funny look at how far celebrity worship can go.

A journey back in time to a summer of turbulent emotions.

You can view more stories and info on these films: Bling Ring news and The Sea news.
For more on the film festival and booking after June 3rd go to the website.

Unfortunately, this is too late in June for me to fit it into any holidays already planned so I won't be able to cover anything! Second story I came across today! Stay tuned however for my review of The Cripple of Inishmaan however! Before any of the official reviews as I'm attending a preview!
Source: Snitchseeker.

UPDATE:
The twitter for the festival announced today that tickets would go on sale at 10am GMT.
Posted by Admin, Niamh, Danaholics Anonymous at 10:19 PM