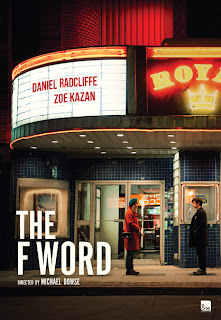 The first poster of Dan Radcliffe's upcoming ROM-COM The F Word has been released by E1, the main company behind the movie. This can now be seen left.

Snitchseeker have posted a small preview of Emma Watson's interview with Elle magazine where she speaks about her casting in Sofia Coppola's The Bling Ring and Beauty and the Beast. A few snippets can be found below and a picture is right.

Have you had to fight for a part?
Emma: Not exactly. But after auditioning for Sofia [Coppola], I didn’t hear from her for a while. I thought, Oh my God, I really want this part, so I wrote her an e-mail being like, “Look, I know I’m not the obvious choice, I couldn’t be more unlike the girl you’d probably cast in this, and I appreciate that I have a lot of work to do, but I feel really passionate about this. Please, would you just consider me?” And I got an e-mail back saying, “You already got it.” 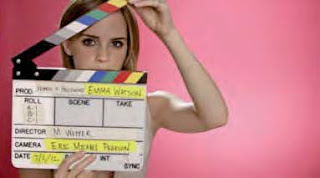 Emma's take on the upcoming comedy, The End of the World:
“It was essentially a stand-up-comedy situation,” she says. “So for me, it was like landing on Mars. I was like, ‘I can’t do this, this is mad,’ but eventually I just kind of let go. I have no idea where I got half the stuff that came out of my mouth.”

Emma teasing about Guillermo del Tor's Beauty and the Beast adaptation:
“He’s obsessed with the idea of creating worlds,” she says. “We’re even going to have this amazing language that we made up.”


I finally saw Perks of Being a Wallflower on Thursday and I have to say, I was paranoid because people tweeted about crying,but at the end of the day, Perks of Being A Wallflower is a feelgood and fabulous movie. Well done Emma!
Posted by Admin, Niamh, Danaholics Anonymous at 9:16 PM