Bonnie Wright in Ireland at the seaside with Aberforth Dumbledore 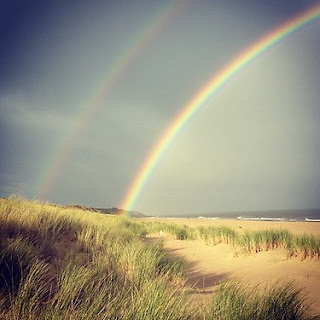 Bonnie Wright first alluded to her presence in Ireland when she posted an image of her drinking "a pint of the country's finest" Guinness on Arthur Guinness Day. She later announced that she was on the coast to film the movie adaption of a John Banville novel :


"Sooooo the project I've being doing in Ireland is called...The Sea, an adaption of the stunning novel by John Banville"

She also posted the image of left of the seaside where she was filming with fellow Potter Alumni Ciaran Hinds,aka Aberforth Dumbledore. Rufus Sewell is also in the film according to another twitter post from the actress. Bonnie also revealed that her character  is called "Rose later played by Charlotte Rampling". 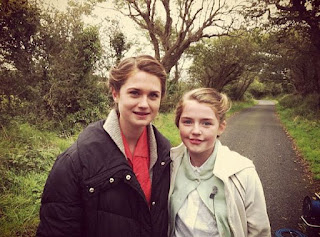 The film has now wrapped as the Ginny Weasley actress posted:
"And that's a wrap on The Sea...a fantastic two weeks with an amazing cast and crew!"

Snitchseeker have posted a set image as posted by a co-star Missy Keating who portrays one of the children Bonnie's character Rose is nanny to. This image can be seen right.
Posted by Admin, Niamh, Danaholics Anonymous at 3:09 PM