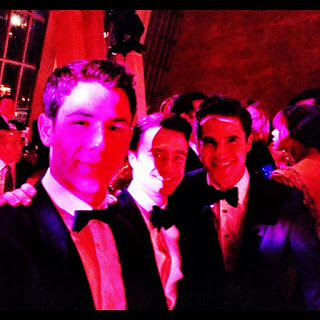 Daniel is becoming a bit of a socialite!
Snitchseeker are reporting today that Dan has attended the 2012 MET Gala this past Monday and was pictured there with his other Finchs (ie the other people who played Finch in How To Succeed) Nick Jonas and Darren Criss (left) as photographed by Nick's JO BRO, Joe Jonas. 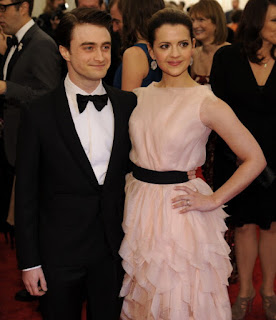 Snitchseeker also had better images of the actor with his H2S costar Rose Hemingway, one of which can be seen right.The Ball, held at the infamous MET gallery, opened the "Schiaparelli and Prada: Impossible Conversations" fashion exhibit at the Metropolitan Museum of Art, in New York City.


Mugglenet had a nice little video of Dan talking about his love of American football.
This can now be seen below;