The Syndicate Gets Second Season, Matt Lewis Strikes a Pose for Attitude 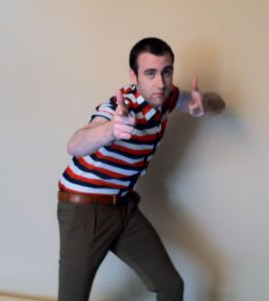 MatthewLewisCom posted the fabulous news that the BBC One show The Syndicate,which starred Matthew Lewis, is to get a second series!
However, it will take a very Skins format and change the cast and characters. Yet since the first season was so fabulous, more from Kay Mellor is very welcome!

Speaking about the series success Danny Cohen said: “The Syndicate has been a big hit with BBC One viewers. I’m greatly looking forward to seeing what Kay Mellor and the team dream up for a new set of lottery winners.”

Kay Mellor who wrote and produced the series said: “I am thrilled by the response of viewers to The Syndicate. I enjoyed every minute I worked on the series, from the writing of the scripts to working on set. I am delighted that Rollem Productions are able to bring a second series to BBC One.”

A review of the last AMAZING Matt central episode can be read here. PLease note THERE ARE SPOILERS.

In other MATT news, there is the first (of what we're sure will be many) images from a photoshoot he did with Attitude magazine available online now, thanks to twitter,which can be seen top left.
Posted by Admin, Niamh, Danaholics Anonymous at 4:10 PM