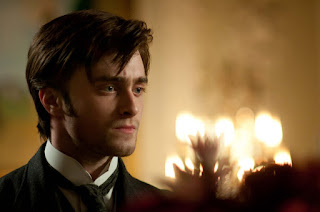 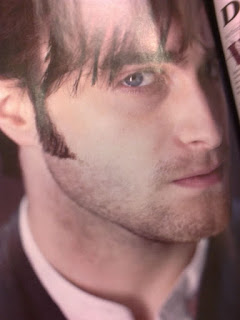 Mugglenet posted the first of these images with the Hi-Def poster (which i previously saw at Snitchseeker) today. Both can now be found in our Dan-Dan-Dan album here, while left is the migglenet picture which was sent to them by Momentum Pictures.
Our second image today is a sneaky shot i got of one sexy image accompanying a new total film article on the upcoming chiller. I will attempt to get either online links or scans for you now.You can see a preview at their website here and a better version of the image accompanies it.
I ALSO SPOTTED THIS NEW Woman in Black Poster on the Total Film site which is now on the twitpic here.
All will be posted in the Dan album.
SNITCHSEEKER posted scans earlier today which can be downloaded and read from here and here.They posted another few promos which can also be found in our Dan album. In the interview Dan dispels rumours of attachments to The Amateur Photographer and a remake of All Quiet on the Western Front.
Posted by Admin, Niamh, Danaholics Anonymous at 6:10 PM