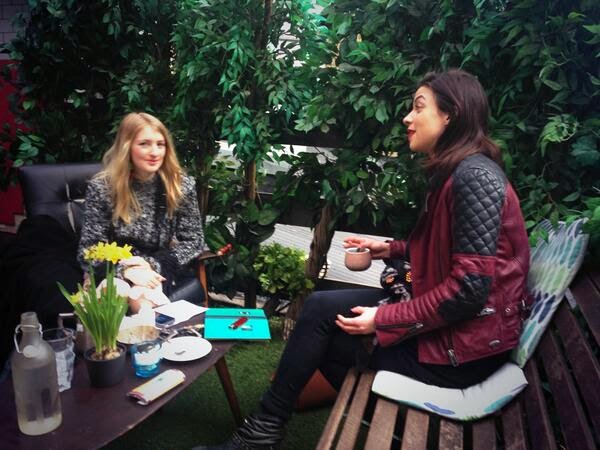 This is our ultimate rundown of what the cast (aside from our favourites) have been getting up to.

Natalia Tena, better known as Tonks, has been busy with her band Molotov Jukebox.

It's 20 days until the band officially launch in London at the club Heaven (wish i could go!) and tickets can be bought here. For a taste of what the band is about, their album cover is here and their latest video is below.
Her film Long Distance has also won a SXSW award recently and here's an image. Further to this she graced the cover of Piano Magazine to celebrate women in music. Check it out!

Sean Biggerstaff, better known as Oliver Wood (blink and you'll miss him PS through POA Gryffindor Quidditch Captain) is running the London Marathon and even supposed onscreen enemy Tom Felton has got behind him to ask you to sponsor him! You can do so here. He is doing the marathon for the Marie Curie Foundation. 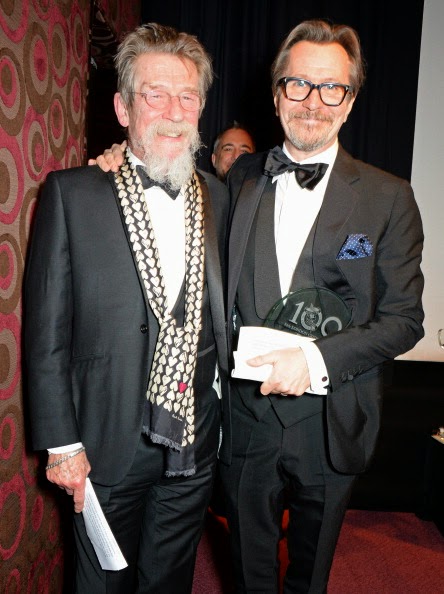 Our favourite Azkaban escapee Gary Oldman has a new movie out, Paranoia, and recently picked up a London Critic's Circle award, and was the recipient of this year's Dilys Powell Award at the 2014 London Critics' Circle Film Awards for his Excellence In Film. Mr John Hurt presented it to him.

An image is right.

The Grand Budapest Hotel (out now) and Voldemort actor Ralph Fiennes has recently came out saying that Potter is to credit for his later roles:


Ralph Fiennes admitted to BBC's Andrew Marr that if it wasn't for his role in the Harry Potter series, and J.K. Rowling herself, he wouldn't be able to make smaller features, like his movie The Invisible Woman.

Check out the video below:


In casting,
Mark Williams, best known as Mr Arthur Weasey, is to get his own quiz show for the BBC:


The Link, which has been scheduled to have 25 episodes. According to the article the show which pits three teams against each other and has them trying to find the link between questions.

Alfie Enoch, who played Dean Thomas in the Potter series, has been cast in an ABC pilot for the show


How To Get Away With Murder, produced by Scandal and Grey's Anatomy's creator Shonda Rhimes.

Jason Isaacs, the gentleman behind the horror Lucius Malfoy, has also been cast in a new show for US televison, Dig.


It is “an action adventure drama from co-creators and executive producers Tim Kring (“Heroes”) and Gideon Raff (“Homeland”).” He will be playing Peter, an FBI agent stationed in Jerusalem who, while investigating a murder of a young female archeologist, uncovers a conspiracy 2000 years in the making.

Finally, along with Tom Felton via Twitter, some other cast have shown some support for the Robin Hood Tax via video. The tax, which is intended to help poverty by doing as Robin Hood does and has not been legalised yet. Check out the mockumentary staring Potter alumni such as Clemence Poesy (Fleur Delacour) and Bill Nighy among other big actors below:
Posted by Admin, Niamh, Danaholics Anonymous at 6:55 PM