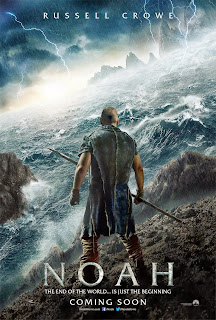 Emma Watson completed Noah some time ago and so far we have had limited insight about the film or into her role as Noah's daughter. Now we get a little more about the film as Emma herself posts a link to the first teaser trailer, which can now be viewed below. She also posted the poster, which although it doesnt show her, shows the epicness of the film.

As regards Emma in the film, a video is also available of this below.

In other cast news, one of Tom Felton's upcoming period dramas, Therese, has been renamed again (it was originally Teresa Raquin), this time it is to be called In Secret. This is in line with the announcement that the film will get a U.S. release, on February 21st next.
Posted by Admin, Niamh, Danaholics Anonymous at 1:19 PM