Tom Felton's projects seem to be all making a head lately. Belle, a period drama about "the first introduction of a black woman into high society England" in which Tom plays a "horrible guy" is to hit US cinemas next May, on the 2nd of the month. A preview of the film was recently in USA Today according to his costar Amma Asante, which can be viewed here. 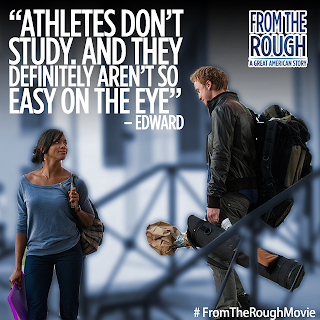 From the Rough, which also stars Tom has been in the news a fair bit as it was screened at the National Urban League Conference this week and a few new pictures have been released, one of which is the picture for this post. Thanks to Feltbeats for acquiring the actual pictures. There is also an ongoing bid for funding to get the film proper release which you can help here. Any small amount counts!


For those of you, like me, who say Katie Leung's fabulous acting in Run recently and want to see more you can learn about her next theatre project here.

In other cast news, Matthew Lewis' film Wasteland has just been released in the US and is to be released in the UK . September 20th. it will then be available on DVD from September 30th. A new clip can be viewed below. The trailer can be seen here.

'Wasteland' Clip from The Playlist on Vimeo.

Matt's friend Nick Rushfirth posted a very chilled picture of Matt promoting the film on twitter and this can be found here.:


This is @Mattdavelewis literally working on promoting a new film. Easy life.

Matt also promoted the film on Rugby Am on July 22nd. Audio etc is still pending, but stay tuned!

Finally, The Butler, starring Alan Rickman is to be released August 16th. Leaky have posted the trailer and this can be viewed below: