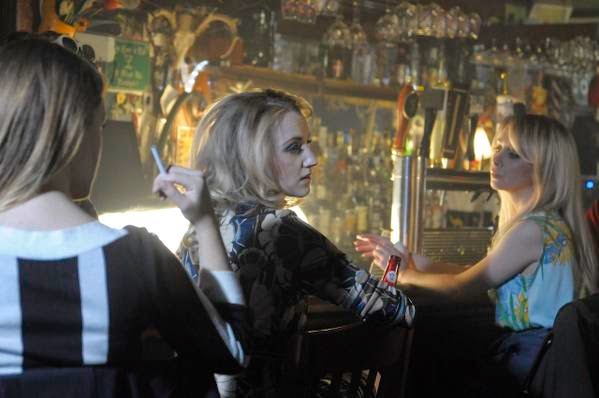 Evanna Lynch has a string of upcoming movies but there is finally some sign of a release for Dynamite with promotion stepping up. An old promo(left) has been re-post by a newly set up Twitter and there is also a Facebook. Click on the links below to get connected!

Our album of promos can be viewed here.

In other cast news, while Matthew Lewis has been busy filming for Bluestone 42 (which just picture wrapped yesterday) he has also been pursuing other things. He did a photoshoot with Jon magazine (we're now trying to determine whether this is the summer issue he previously sat for or a new issue and when this will be out if so) and this image is now below. Jacket is by @KristianStnberg, styling is by David Hawkins.


In other Matt news, he participated in Sentebale's #FeelNoShame campaign by posting a video where he revealed a secret. The organisation works "In support of children in Lesotho who feel too ashamed to tell anyone they have HIV".

Check the video out below: