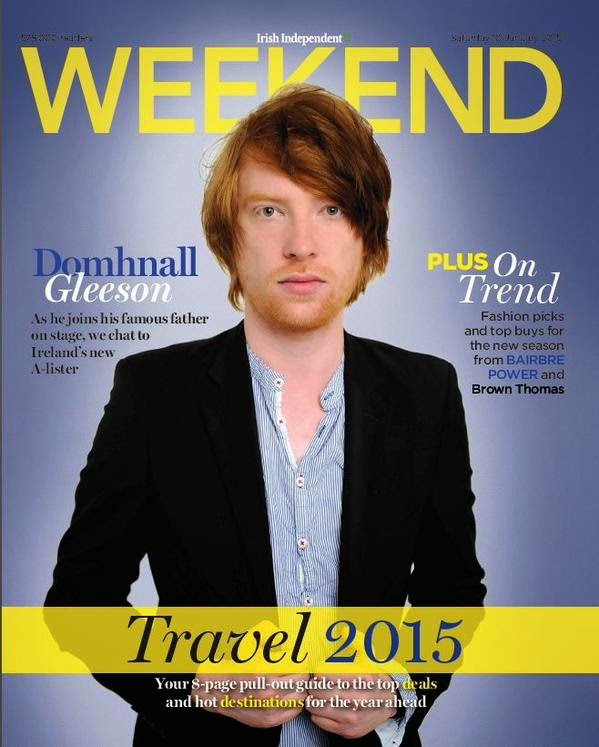 For any of you Irish residents lucky enough to get tickets, there are two great Domhnall Gleeson events coming up.
The first is the beginning of the previews (tonight) for Olympia show co-starring his dad Brendan, The Walworth Farce.

The second is an exclusive preview screening of sci-fi film Ex Machina which occurs on the 19th of January at the IFI (Irish Film Institute in Dublin) and is followed by a Q&A with Domhnall and author Alex Garland. Tickets were only €9 and are sold out but a lucky few might still be available at the Univeral Facebook page here.
For those of you in the US, the film will screen at the 2015 SZSW Film Festival in March in the film's North American premiere. the festival runs from March 13th to 21st so keep an eye on their website for screening details. In the UK/Ireland the film is released to the general public on 23rd January.

Domhnall has made two Irish magazine covers in relation to the two events above.
The Guardian Magazine (also available in the UK)
The Independent Weekend
Interviews can be found by clicking above while behind-the-scenes images from the Walworth Farce are also available at the Independent link.

UPDATED:
There is also a new interview with the Radio Times.