Daniel Radcliffe 'Out' Preview,MTV spoof, To Attend/Take Part in Oscars 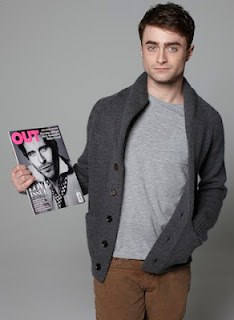 Out magazine, whose March issue has Daniel Radcliffe as a cover star, have posted a small preview of the issue on their website.
In the interview (a picture from which is left) Dan talks his upcoming release Kill Your Darlings, in particular his need to prove himself and audition like any other actor for the role of Allen Ginsberg:


“I think he was nervous about whether I would want to audition or not, and so at my first meeting with him I said, ‘I want to read, I want to audition,’ because at this point in my career, I am aware that my name brings a certain kind of cachet,”.
The full interview will be available in the March issue, which will be on newstands this month.


Finally, one of the trio has been invited to the Oscars. Not as a nominee yet (*sigh*) but as a guest and segment participant. Snitchseeker are reporting that Dan "may take part in a "music in movies'' theme during the ceremony, hosted by comedian Seth Macfarlane" due to this recent stint on Broadway which included this year's producers Craig Zadan and Neil Meron:


"We were bewildered," says Zadan. "How can you have the biggest franchise in motion-picture history, Harry Potter, and yet no one has ever been on the Oscars? (It) was strange to us.'' 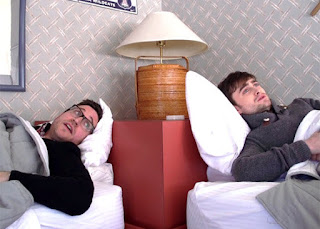 The live telecast will occur Sunday, February 24, and more news when we receive it!


Finally, for those of you in the US to view, Dan has done a skit of sorts with MTV. The piece is entitled 'Roommates' and begs the question; what is Dan like to live with?