Feltbeats are reporting today that Tom Felton's much anticipated film (as it was one of the first he did after Potter) From the Rough will finally get a release in 2013! Check out the film's facebook for more. 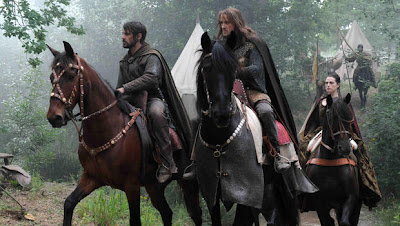 His other recent project, Labyrinth, aired o German TV recently and RESIDENTS OF GERMANY can rewatch or catch the first tow episodes here and here.

A new promo is above and the DVD region 2 can be pre-ordered from Amazon.de here. It includes English language according to the Google translated page so it should suit people in Europe who speak English including Britain and Ireland. Amazon usually deliver internationally so aside from cost it shouldn't be a problem. For me in Ireland it cost around 20euro including postage and packing. If I do order it I may offer it as a prize later :D
The Blu-Ray can also be pre-ordered.
Both were released yesterday.

If you live in Australia, the show will be airing there soon! More info at Feltbeats.
Posted by Admin, Niamh, Danaholics Anonymous at 7:08 PM