A Rupert Grint fansite, RupertGrintFan.org has revealed the first look at Rupert in CBGB, which can now be seen below. 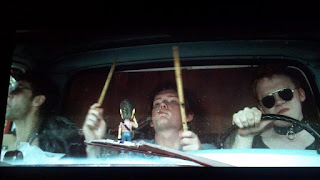 
Rupert's onscreen sister Bonnie Wright attended the launch of the #IF campaign which can be watched below:


UPDATE:
Snitchseeker have posted a second image of Rupert which can be seen below: