RUPERT'S INTO THE WHITE GETS A TRAILER,MATTS THE SYDICATE GET A MONTH, AND POTTER FANS IN LONDON GET SIGNED BLU-RAYS!

Rupert Grint US were the first on this exciting news-Rupert's first Post-Potter outing in Into the White (formally Comrade) has had its first trailer! It was first posted here, but as Into the White got its official youtubee opened today,you can now view it in HD there,and below;


In other post potter outings, Matthew Lewis' tv debut The Sydicate is to be aired in MARCH according to MatthewLewisCom who read it in the Yorkshire Post. 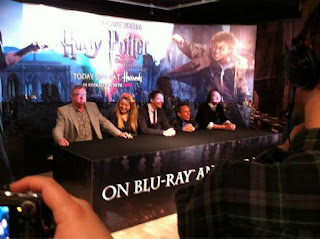