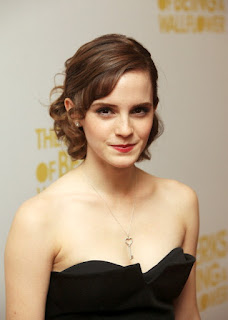 Perks is now out in cinemas in the UK,Ireland and US, and we at Danaholics cant wait to check it out! Have you seen it yet? If so send us on a review via twitter!
Emma Watson has posted a link to all the cities it has been released in, so to see if its coming to your cinema check here. Ireland isnt mentioned here, but it is in cinemas from Westmeath to Dublin to Sligo to Donegal as can be seen from Entertainment.ie's cinema listings. If you're in Dublin, The Savoy is a great cinema and tickets are cheaper than anywhere else in town!
Leading up to the film, many interviews both video and in magazines have been released along with many photoshoots of our favourite English rose.
Firstly, however, we will look at premiere footage and images from Toronto, London etc. Top left is an image of Emma at the London premiere. She wore half-thigh-ish length strapless black dress with leggings underneath and did several interview about the film. Still looking for links for that for you.
She also attended the NYC premiere, a picture from which can be seen here. Pictures from the LA premiere are here and the Toronto World Premiere are here.

Emma appeared on alot of tv, including the Johnathan Ross show in the UK which can now be seen below 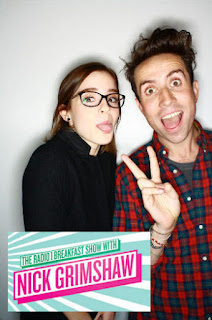 She appeared on The Radio 1 Breakfast Show with Nick Grimshaw, the transcript of which can be read on Snitchseeker here, or alternatively a snippit is below:


BBC: Your new film … very intense, very emotional. Did you get emo when you watched it back?
Emma: I’ve seen the film three times now and I’ve cried every single time. And I was in it so I should now what’s coming. It’s a bit of an emotional roller coaster. It’s very funny for the first half, I would say, and then it just takes this turn. It’s very sad. I think the soundtrack also makes it quite sad. There’s some really beautiful songs on it.

BBC: How was it trying to do the American accent? You went to uni in America.
Emma: Well I had help from my friends who were at college with me, but I really lost sleep over it. I was very, very concerned about making sure that the American accent was peachy. But I think it’s okay. People have been saying it’s all right.

UPDATE: The video is now below:

In the US, Emma and co did Anderson live:

and Emma did a few questions on Anderson Live and  did Jimmy Fallon entirely alone:


A clip from Emma on Anderson live is below: 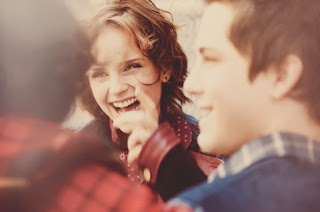 Emma features in many magazine spreads in and around the time the film is released. Nylon featured and extended collection of photos of Emma and her Perks co-stars, one of which can be seen left.

Nylon released a video from the set which can be seen below:


She features in the Elle magazine Hollywood Women feature and will receive the honor of the Calvin Klein Collection Emerging Star Spotlight Award at this year's Women in Hollywood Celebration, set to take place on October 15 at the Four Seasons Beverly Hills Hotel.
In the mag she said:


Emma Watson on Harry Potter fame: "I just knew, from the moment I read "Harry Potter and the Sorcerer's Stone" that I was meant to play that role…I put one of the Potter films on the other night. And it was amazing to me that I had done all of that. I have to remind myself every now and then."    Source: Snitchseeker

The Elle and other mag images  will be in our cast album.

Finally, some reviews from fans:


Perks of Being a Wallflower. I loved it with all my heart. Seriously, followed the book so well, just blew my mind.-@ImOnlyHuman16

Just watched #PerksofbeingaWallflower, blew my mind how emotional a movie can be definitely an 11/10, great job @EmWatson - @Kevin_Sardja

I'VE NEVER CRIED HARDER IN MY LIFE PERKS OF BEING A WALLFLOWER IS THE BEST MOVIE EVER IM IN LOVE WITH LOGAN LERMAN AND EZRA MILLER . - @TEEN_GHOST


Think we got everything wrapped up?