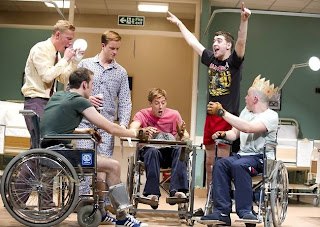 Rave reviews everywhere, Our Boys, a play about Friendship and World War bravery, opened to a sold our crowd on Wednesday 3rd of October in the Duchess Theatre. This post is just a snipped of the ongoing interviews, promo shots etc that have been released of Matthew Lewis. Left is one of the first on stage images released as sourced from Leaky Cauldron:


Set in 1980s Britain, Our Boys is as relevant now as it was in 1993, when it won a Best New Play award for its premiere production. This West End revival comes from the creative team behind the international hit Journey’s End.

An article on the play can be read here. 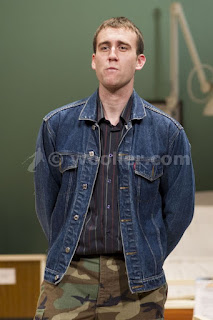 Our Boys' official twitter linked twitter to several images of the opening night and after party. Some of these pictures of Matt can be seen left and right, the rest can be found in the CAST ALBUM starting here.

Reviews have been many and plentiful, most reviews giving the play 4 stars. The cast and the emotion and humour of the play have been praised.

Spoonfed.com said the play was "the perfect mix of humour and tension" and the cast "performances are uniformly strong".
The full review can be read here. 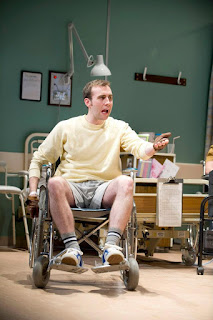 CityAM have called Our Boys "a brave look at post-war trauma". The play combines humour and tragedy-"Sexist banter and masculine bluster mask an underlying fragility running through the play".
The full article is here.

Heat have said "the play is at times properly laugh out loud funny [but]
It’s not all jokes and ‘banter’ though – there are some pretty dark moments during the play and one bit in particular made us do a big old gasp and cover our eyes."

The London Magazine have called Our Boys "a well-crafted and traditional affair of simple, effective story telling.". Read the entire review here. 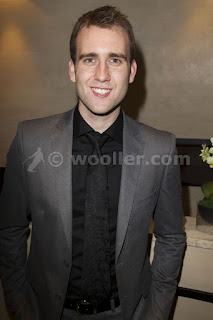 The Official London Theatre:"It feels wrong laughing at such a tragic situation but, though interspersed with moments of absolute heartbreak, David Grindley’s polished production of Lewis’ 1993 play takes you on a hilarious and – despite three boys being in wheelchairs, one on crutches and the other walking like he’s soiled himself – fast-paced journey through the ups and downs of their recovery."
They have especially  praised Matt "Lewis’ endearing portrayal of the gullible, lady-deprived Mick."
Check it out here.

The Independent and Evening Standard have also given rave reviews saying "there's sensitivity in the punchy performances" of the cast and that "all six performers are a pleasure to watch".

Other great reviews come from Whats on Stage and West End Whingers.

Matt has done a few interviews to promote the play. If you are in the UK, you can watch him on Saturday Kitchen here, otherwise, MatthewLewis.Com have provided a lovely video:


Finally, Matthew and Potter co-star Rupert Grint did a lovely piece on how they met, which can be read here. Thanks to @OurBoysThePlay for the link!