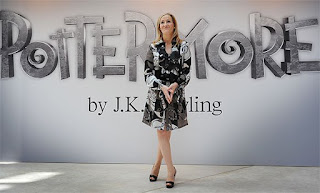 Pottermore have been releasing some interesting findings over the last while and here is a brief summary;

The Radio Times have also revealed that "3 million" people have been sorted since it opened to the public 14th April. This tops the already 1 million beta users that were already on the site since October of last year.
Posted by Admin, Niamh, Danaholics Anonymous at 8:33 PM