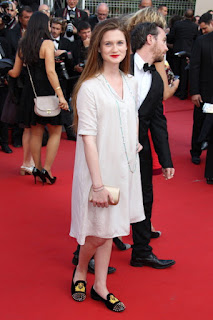 Snitchseeker and others have posted a string of images of Bonnie Wright attending Cannes film festival. One such image, of Bonnie at the Mud premiere, is left, while the rest shall be in the cast album shortly. 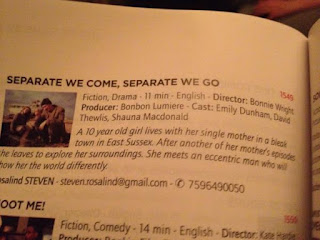 Her own movie, Separate We Come, Separate We Go, which she directed and starred in alongside Potter Alumni David Thewis, also premiered. The official twitter reported a good response:

We have had a great response from everyone in Cannes! Reviewed by Screen International, Total Film, Standard and Telelgraph! Thank you.

There will be reviews soon, so we'll keep you posted!
Posted by Admin, Niamh, Danaholics Anonymous at 8:24 PM