Harry Potter Digital books for Libraries, The Woman in Black most successful Horror 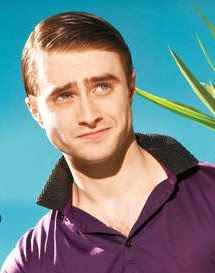 Mugglenet were the first to report that the Potter book series are to make it to e-book in libraries once Pottermore is properly up and running.

In other news, Dan has every reason to be smug as our image. The Woman in Black has been an even bigger success at the Box Office than even us the biggest fans imagined. Mugglenet are reporting that the chilling horror is "the most successful horror film in British history."
Check out all the details here.
Posted by Admin, Niamh, Danaholics Anonymous at 9:49 PM