As we previously told you, a new longer trailer for Horns was released a Comic-Con last week and this is now available for people loving outside the US. Check it out below: 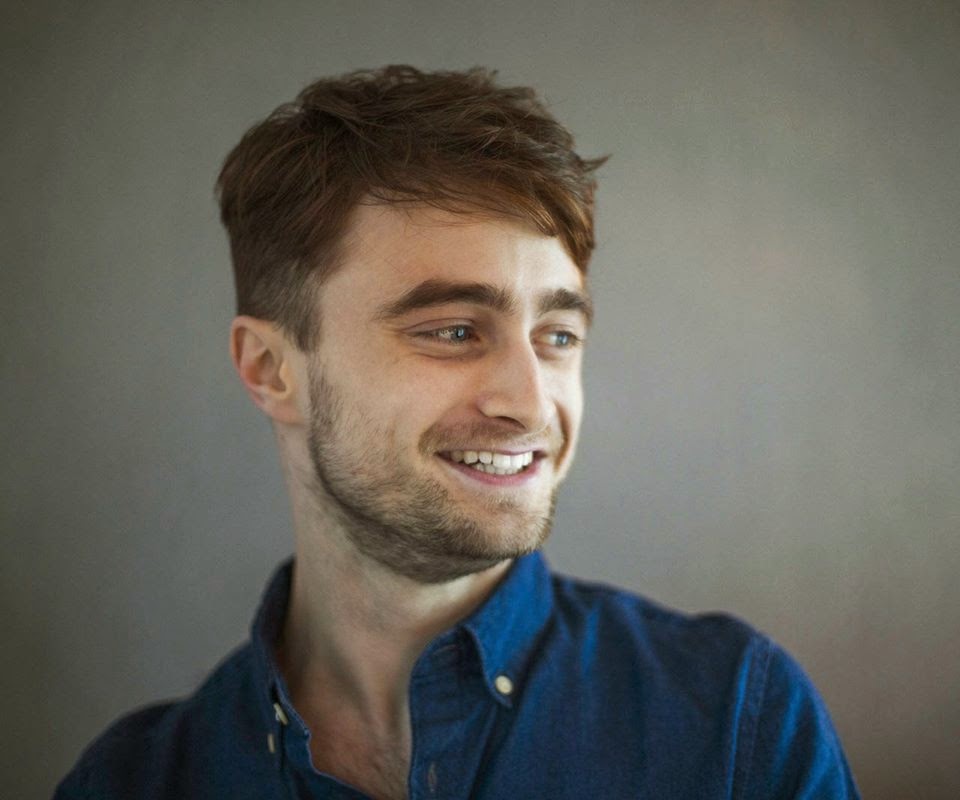 In other news, Dan has been doing some promotional interview for What If and some snippits from different press is below. Some new photoshoots from Toronto Sun and London Magazine are now available in our What If gallery and left.
London Magazine:
“Potter has done too much for me for me to ever want to shit all over it. I’m never going to say: ‘Don’t ask me questions about that’. I remember reading an interview with Robert Smith from The Cure. Somebody said to him: ‘Why do you still wear all that makeup, don’t you feel a bit past it?’ And he said: ‘There are still 14-year-olds coming to see The Cure for the first time, dressed like that. I’d never want to make them feel silly.’ It’s a similar thing with Potter. People are still discovering those books and films. It would be awful for them to find out the people involved had turned their backs on it. Though sometimes, people do come up and say ‘I loved you in The Woman in Black,’ which is really sweet. That’s them knowing that it matters to me that I’ve done other stuff.”

Do you believe in marriage?
I sort of go back and forth on it. It seems like the most romantic thing you can do is stand up in front of all your friends and say that you love this person.
Doesn’t Zoe Kazan’s character say that in What If?
Does she say exactly that in What If?
I think so.
That’s weird. It’s obviously become ingrained in me. But there’s something fantastic about that. At the same time, the amount of stress that goes with a wedding…. I don’t know. I do think of it as being in my future at some point.
What If asks an age-old question: Can men and women be friends? Where do you fall?
This is two questions that often get confused as one. Can women and men be friends? Absolutely. I have tons of women friends whom I have not had sex with nor do I have the impulse to.
What’s the other question?
Can men and women who are romantically or sexually attracted to each other be friends without that ever becoming an issue? That’s a lot more difficult. Ultimately, in that situation, a conversation has to happen. For me it would, because otherwise I would go insane. That’s the big difference, I think, between me and my character in the film. He’s able to live in this very painful land of uncertainty a lot longer than I would have been able to.
How long could you wait?
A few months, probably.

Daniel also spoke to Variety about his cameo in Judd Apatow's film Trainwreck telling us he plays himself  filming a film called 'The Dogwalker' within the movie.
More from the interview can be read here. An Entertainment Weekly interview is also available here. He spoke about dressing as Spiderman:

“I didn’t want to go to Comic-Con without actually getting onto the convention floor. I’d prepared by buying a Spider-Man costume a few weeks ago. And what I’ve learned is that kids just love Spider-Man. A lot of people asked for photos with me as Spider-Man. It’s great to be able to put on a mask and interact with people who don’t know who I really am—I spoke in an American accent the whole time. I felt like a spy about to be found out at any moment.”
“I did a live interview with MTV and was tested on my nerd knowledge, and I failed the whole thing miserably. [Josh Horowitz] asked me to complete this phrase: ‘A Lannister always…’ and I said, ‘keeps his hat on.’ I don’t watch Game of Thrones! I was a huge comic-book fan growing up—Spider-Man, Daredevil, and The Flash. But I really must catch up on TV.”

Finally, Radcliffe appeared on Jimmy Kimmel Live where he spoke about projects and weirdly cut somebody's hair. These videos can be seen below:
Posted by Admin, Niamh, Danaholics Anonymous at 7:01 PM