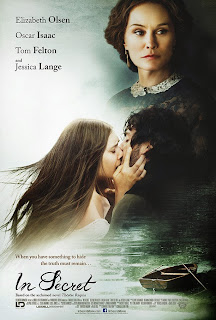 In good Tom Felton news, his period drama Belle has helped open the Palm Springs festival this past Friday. His other period drama, In Secret, is also to play at the festival on 8th and 9th January:

Left is a new poster for In Secret.  For more info on the fest, which runs from 3rd until the 13th January, head here.

In Rupert Grint news, He and Mojo co-star Daniel Mays appeared on ITV'S Lorainne chatshow to talk about the play, which now runs til early February (only around 41 shows left).

Check out a picture of the pair on the early morning show right and a video is below:

In other December news, Rupert and his Mojo cast took part in a mock Live Aid music video for Water Aid and this video is now below. "See Rupert singing with the cast at 0:40 and dancing on stage at 4:10." 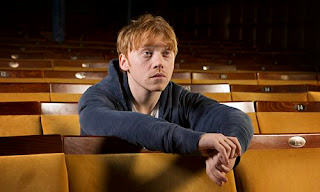 More recently, Rupert spoke to The Guardian about Mojo, Charlie Countryman, and his first forray into the hoodie in Lego House.
Some quotes are below and the entire article can be read here, while a picture from the article is left.

Emerging from the “safe bubble” of Potter, Grint, 25, felt slightly lost. He credits director Ian Rickson for bringing him Mojo. “That cockney language is almost Shakespearean. And it’s a proper ensemble cast. Danny [Mays] gives me so much energy to bounce off and Ben Whinshaw is amazing.” While shooting The Necessary Death of Charlie Countryman, a forthcoming film in which he plays an aspiring porn star, he was astonished to see Shia LaBeouf take LSD for real. “He smashed the place up, got naked and kept seeing this owl. If anything will make you not do drugs, it’s watching that.”