UPDATED: OUR BIGGEST COMP YET: Win a Book Sleeve Signed by Evanna Lynch 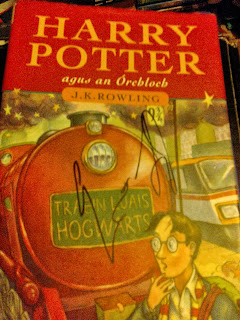 Furthermore, we will be giving away a second prize of a programme from the stage show Houdini which Evanna starred in recently.