Our Boys have released a new trailer which includes onstage footage of Matthew lewis and his co-stars. This can now be seen below:


In other cast news, Tom Felton has been confirmed for the Supernova Convention in Australia according to Feltbeats: 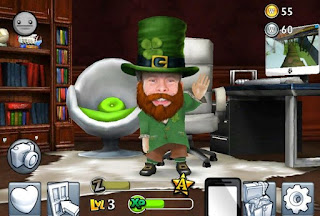 Mugglenet are reporting that Warwick Davis is to bring out his very own app, PocketWarwick:
The game, which releases in the Apple iTunes store October 25th and GooglePlay in November, is reminiscent of the Tamagotchi games of the mid 90's.
Not familiar with Tamagotchi? Well, the basic premise of the game was to keep alive a digital pet. You had to feed it, clean it, walk it, etc. PocketWarwick promises the same kind of game play, but with - you guessed it - a tiny Warwick!

Finally, Nat Tena, who portrays Tonks has released a new video with her band Molotov Jukebox. It can now bew viewed below: