L.A. to be Bypassed as Next Location of a Wizarding World of Harry Potter Theme Park 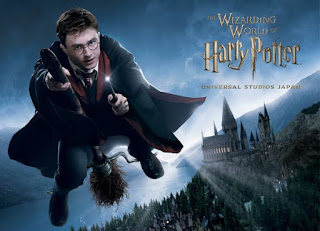 It was announced quite a while ago that LA was to be the place of the next Harry Potter theme park, yet this information has now proven false. Snitchseeker have reported that JAPAN is to be the next place in the muggle world to play host to a Harry Potter theme park! This location is very fitting as cast members have often gushed at the dedication of Potter fans from Japan!

Magical Menagerie have also reported on this news here:

The Osaka destination — expected to begin construction in the next few weeks with a planned opening in late 2014 and an expected cost of about $500 million — brings Hogwarts Castle and rides including Harry Potter and the Forbidden Journey to the boy wizard’s biggest market outside of the United States. 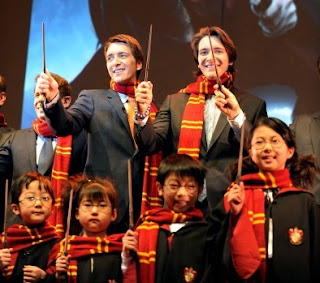 The official announcement followed Snitchseeker's post and was attended by James and Oliver Phelps, pictured right courtesy of Snitchseeker.
They also posted a video which can be viewed below;